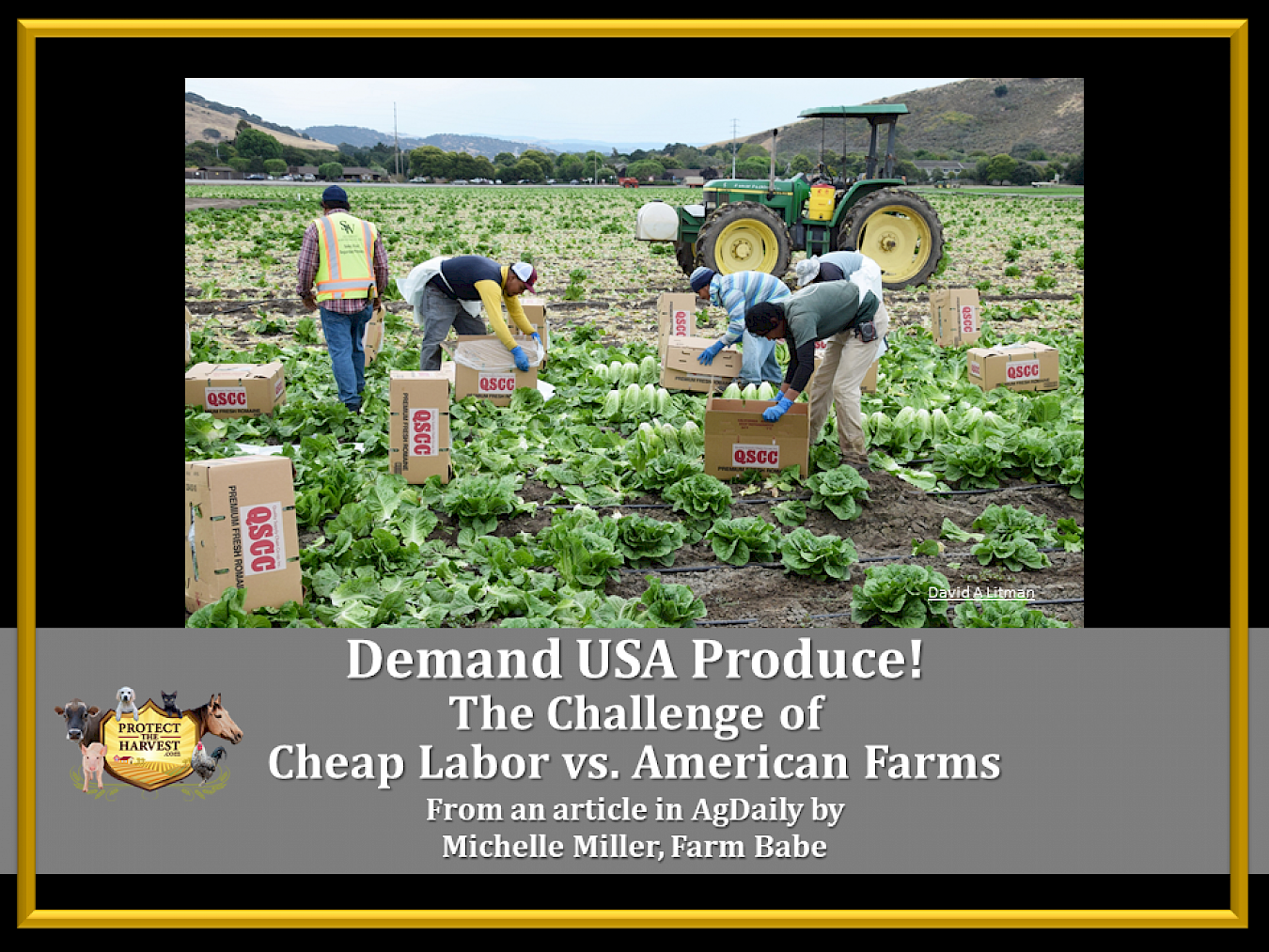 From an article in AgDaily by Michelle Miller, Farm Babe

The years during the COVID-19 pandemic highlighted how frail the United States food supply is and how dependent we are on multinational corporations and other countries to feed us. At the beginning of the pandemic, consumers witnessed bare and empty shelves at groceries stores for the first time in their life. It was shocking to many, and as much as anything else, it contributed to the unease that was taking hold around the United States (and the world). Could anything be done to alleviate those kinds of concerns? Is there a new way to look at our food system to prevent the kind of tension that had gripped so many people back in 2020?

According to a 2022 survey, 78 percent of people support domestic agriculture, and they feel it is important to purchase U.S.-sourced food. Similarly, 88 percent of consumers responded that they trusted U.S. farmers in a national survey conducted by American Farm Bureau Federation in June 2020.

Those same survey respondents who endorsed supporting domestic agriculture would be appalled and disappointed upon learning that U.S. fruit and vegetable growers face an unfair competitive disadvantage versus countries such as Mexico, Peru, Argentina, or Chile (who are gaining market share). The huge disparity in farmworker labor wages is one of the biggest factors U.S. produce growers lack a competitive market. It is not uncommon for labor wages to account for 70 to 80 percent of production cost for growers, as many of their crops are labor-intensive.

In contrast, farmworkers in Central and South America earn up to $18 per day (not per hour).

For instance, the minimum wage in Mexico is $8.67 per day (when converted to USD), which is after a 23 percent increase in pay in 2022 and a 15 percent raise in 2021 — when the minimum wage was $7.10 per day, while farm workers earned a premium of $8 per day. Similarly, farmworkers in Peru spent weeks protesting and demanding higher wages in 2020. At the time of the protests, farm workers wanted an increase in wages from $11 to $18; however, the Peruvian government passed legislation that increased wages to $13 daily (farmworkers are still dissatisfied). The new minimum wage in Argentina for workers, including meat and farm workers, is $400 per month ($2.35 per hour) while Chile pays their farm workers $2.30 per hour.
Peruvian potato farmers (Image by Davis Dorss, Shutterstock)

So what is happening? Domestic produce growers sometimes ask for higher prices over South/Central America countries because their labor cost is up to 15 times more expensive and they are trying to make a livable wage. Unfortunately, many American grocery stores buy imported produce over U.S. grown, especially during the winter/spring season to maximize their profit. During those months, Florida farmers produce 80 to 92 percent of specialty crops as Mexico shares their harvest crop season. The entire U.S. produce market (not just Florida) is shriveling while Mexico’s specialty crop U.S. market share has increased by 580 percent from 2000 to 2020. On the other hand, Florida has lost up to 86 percent market for certain specialty crops between 2000 and 2020. In Florida alone, that translates to a reduction in sales from almost $2 billion to $4 billion annually, and an estimated loss of jobs of between 17,870 and 35,741.

So why does this matter? The labor wage disparity is causing multi-generational family produce operations in all 50 states to stop farming every single day. In fact, sometimes the cost of hired labor is more expensive than the produce is actually worth to sell to grocers, so unfortunately farmers have to let their hard work rot in the field to avoid being even more financially in the red.

Consequentially, our fruits/vegetables will be completely outsourced, and there will be less local food. Additionally, more farmland will be converted to pavement, food will travel farther distances to reach our plates, and we’ll see worsening environmental impacts, a depleted workforce, and a scarce rural/agriculture community. The list goes on.

It’s important to raise awareness on the topic, fight for fair trade, keep farmers farming, and support our own country’s economy. Consumers: please demand local and U.S. grown food in your grocery store — any country unable to feed themselves could face increased national food insecurity. Let’s keep our own nation’s farmers in business.