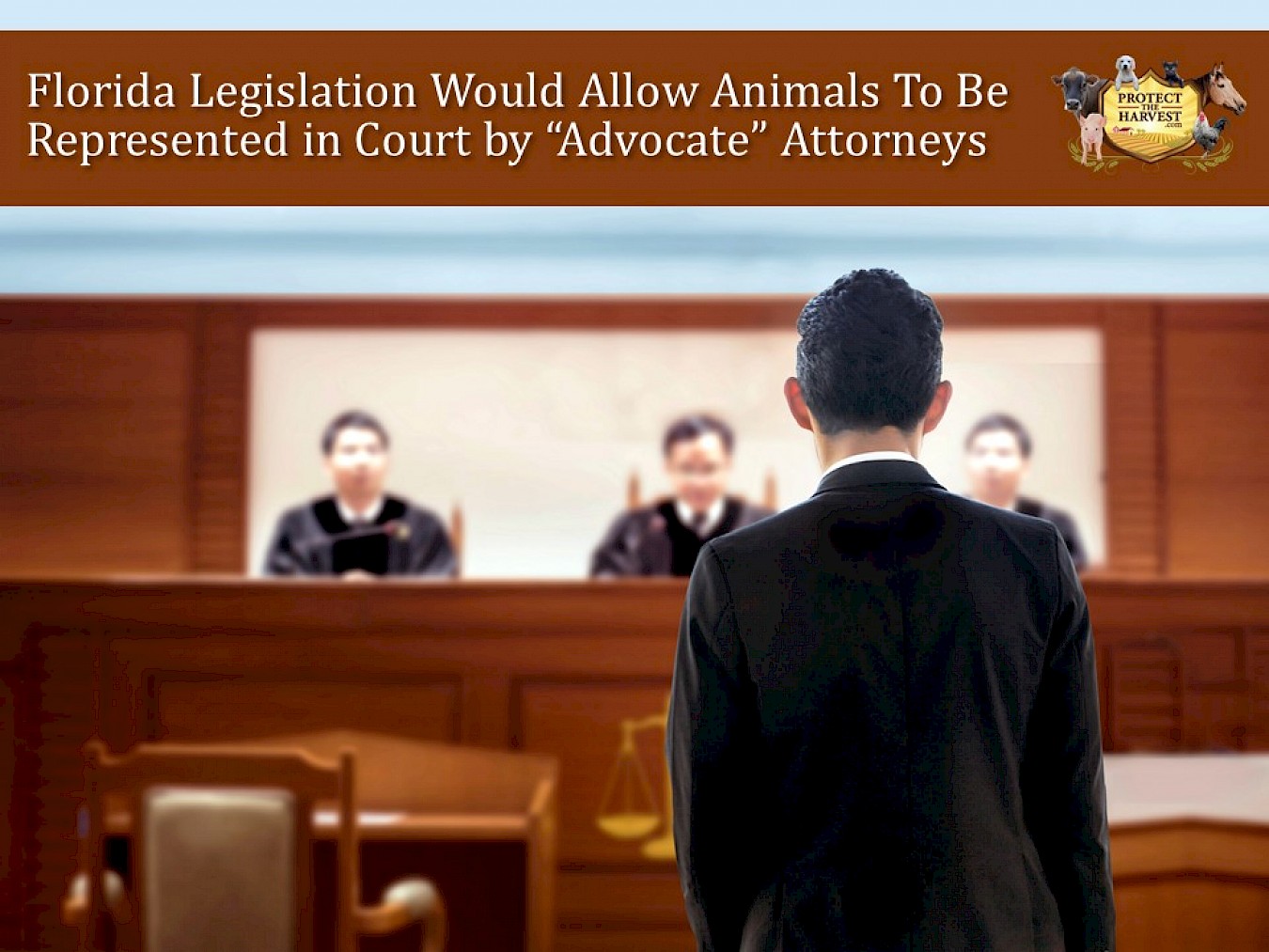 On January 14, 2020, the Florida Senate Committee on Agriculture unanimously advanced blatantly animal rights-based legislation, SB 1048. This legislation would allow courts to assign an animal advocate to pursue the “interests of an animal” in court proceedings. The bill would also grant powers to lawyers and legal interns trained in animal law.

If passed, SB 1048 would be devastating to animal ownership in Florida and set an incredibly dangerous precedent for the rest of the nation, as animal owners could be taken to court “on behalf” of their animal, based on the complaint of any individual. This opens the door to any number of uneducated, superfluous, and vindictive cases to be filed. It would actually do very little to stop or prevent real cruelty to animals.

The bill states that in “civil or criminal proceeding regarding the welfare, care, or custody of an animal, the court may appoint, upon its own initiative or upon request of a party, an advocate to represent the interests of the animal, whether living or dead.”

Who Are the “Advocates” and What Do They Believe?

Further, the bill states that appointed advocates can “consult any individual with information that could aid the judge or fact finder, review records relating to the animal’s condition and the defendant’s actions, including, but not limited to, records from animal control officers, veterinarians, and police officers, attend hearings in person or via other means, provide a victim impact statement to the court, as needed and appropriate.” It is important to note that the “advocates” would be trained in animal law, NOT veterinary medicine, paving the way for personal interpretation and lack of understanding of actual animal welfare to prevail.

It leads to the question of who these “advocates” are going to be and what is their viewpoint of animal ownership? Will they be extremist animal ideologues? In addition, who will be paying these “advocates”?

The full text of the bill can be read here.

The American Veterinary Medical Association (AVMA) has taken a strong position on the issue. Their website states:

“…"guardian" is a legal term that has significant legal implications and repercussions. Its use to describe the relationship between animals and their owners is inappropriate. Under well-developed principles of guardianship law, guardianship is a fiduciary relationship (the highest legal civil duty owed by one person to another). The ward's interests are always to prevail over those of the guardian. Some conflicts that arise from application of human guardianship law to animals are described in the text that follows. On the basis of these conflicts, the American Veterinary Medical Association (AVMA) recommends that "guardian" not be adopted, even to semantically describe the relationship between humans and their animals.”

The entire AVMA statement can be read here.

What You Can Do If You Are Concerned

As of January 15, SB 1048 is in the Florida Senate Committee on Judiciary, which is scheduled to meet on January 21. If you are concerned like we are about this legislation, we strongly encourage you to contact the members of this committee and voice your opinion about this bill. You do not need to be a Florida resident to voice your concerns. If this bill is signed into law it will set a dangerous precedent in all states across the country. Florida Senate Committee on Judiciary members are listed below with their contact information: