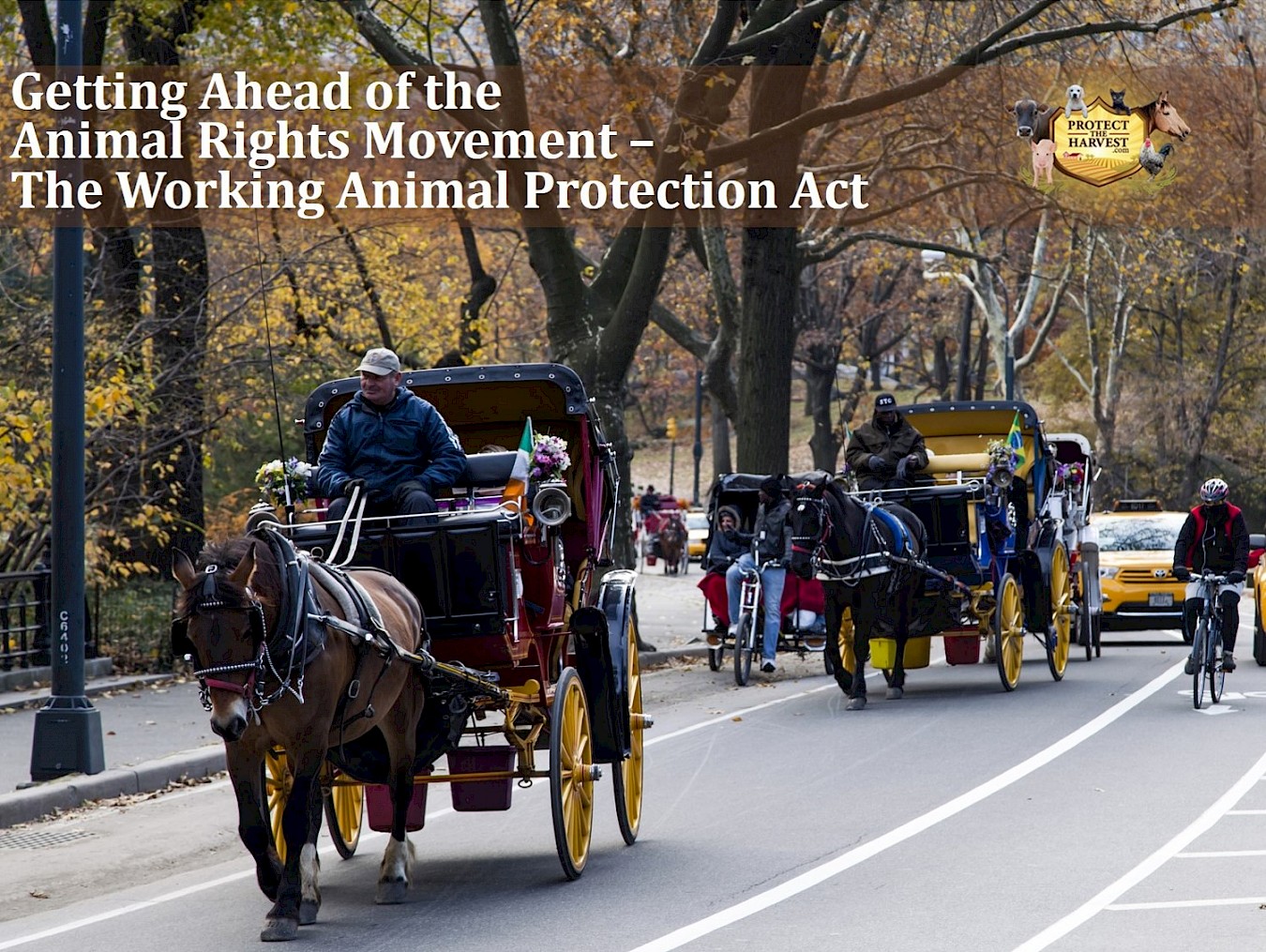 GETTING AHEAD OF THE ANIMAL RIGHTS MOVEMENT - WORKING ANIMAL PROTECTION ACT 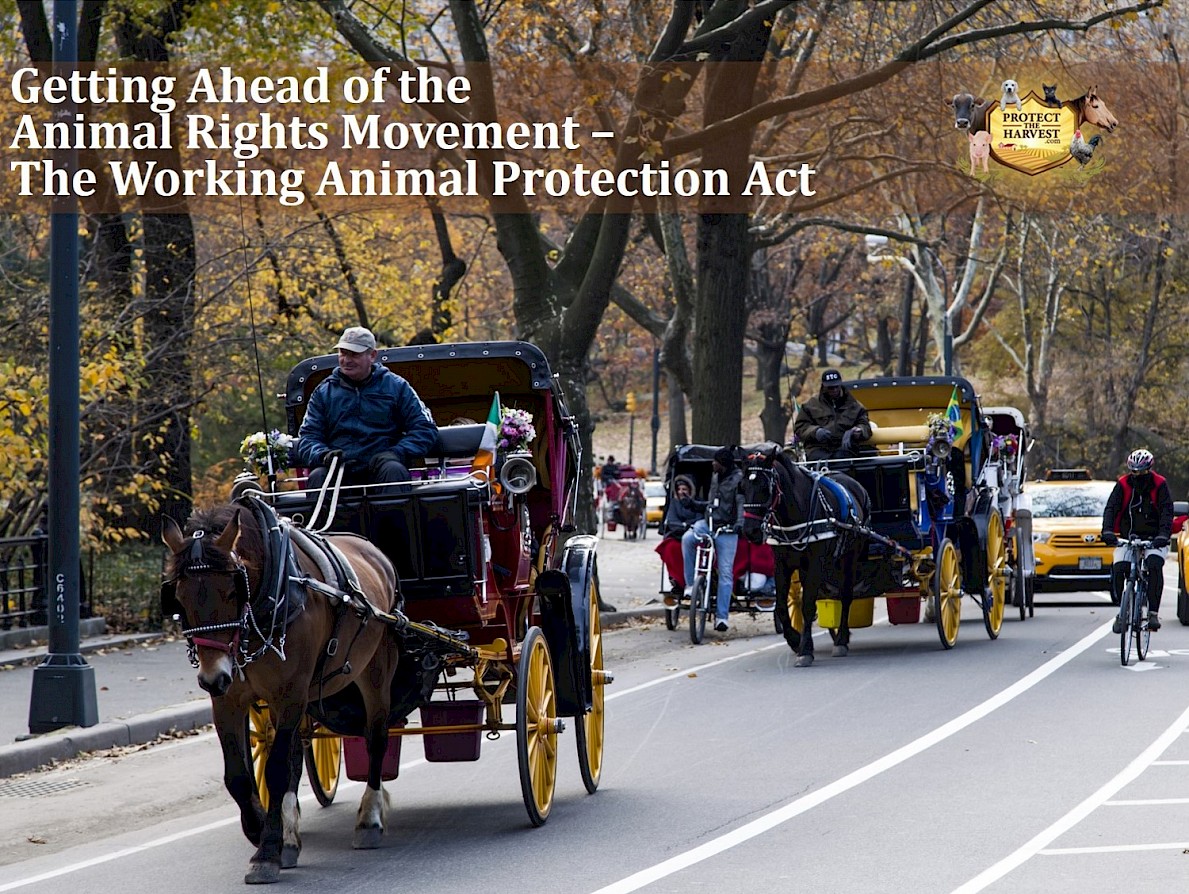 Oftentimes we are writing to inform the public of proposed legislation that aims to limit the rights of the American people. Usually these articles are regarding animal ownership, utilizing working animals or animal enterprises. However, this time, we are writing to inform the public of legislation that means to actively protect those things. The Working Animal Protection Act is being spearheaded by Mindy Patterson of The Cavalry Group and was originally proposed in Missouri. It is now proposed in five states (so far): Kentucky, Missouri, Texas, Maryland, and Montana.

It is important to know that these bills would not affect animal welfare laws that are already in place. It would also not protect any illegal animal enterprises. In short, these bills would simply protect law-abiding citizens from having their livelihoods taken away by those trying to push the animal rights agenda forward.

A false narrative has been perpetuated by animal rights organizations that paints performing animals as mistreated and abused. However, those directly involved with performing animals as well as others familiar with the industry know that that could not be further from the truth. Owning and exhibiting exotic animals is often the person’s lifelong passion. The animals receive exceptional care, enrichment, and are regulated by the USDA.

According to our friends at the Cavalry Group, there at least 60 bans on exotic animal exhibitions, elephant exhibitions, carriage horses, traveling educational zoos, and exotic animal transport that have passed in recent years in city and county councils across the country. These bans are a great disservice both to the public, especially children, and to the animals the bans pretend to “protect”. Allowing the public to interact with exotic or domesticated animals fosters an appreciation for them and promotes conservation. Imagine losing that opportunity or a world where children only learn about exotic animals from a television, computer screen, or with animatronics. That will be the end result if animal rights groups fulfill their agenda.

Humans have worked alongside animals for thousands of years. An important part of our mission at Protect The Harvest is to protect the right to own and interact with animals. They provide us with companionship, resources like food and fiber, a source of recreation, or assist us with our work. Whether that work is on a farm, ranch, or city street, each is an important aspect to our daily lives. Purpose-bred animals come in all types, it could be a stockdog who’s herding skills are like no other, developed over hundreds of years of selective breeding to be the best at its job. Or a carriage horse, tall and strong, with an aptitude and instinctual desire to pull weight for long periods of time. The Working Animal Protection Act (WAPA) preserves these American traditions for generations to come.

If you believe the Working Animal Protection Act is needed in your state, we urge you to contact your representatives to propose this type of legislation there. This act gives power back to animal owners and animal enthusiasts who believe that owning, utilizing and exhibiting animals is an important part of our American traditions.

For more information about the Working Animal Protection Act and updates on pending bills: https://www.workinganimalprotectionact.org/

An update from our friends at The Cavalry Group: "Great news!! Yesterday, the Missouri House of Representatives passed HB559, the Working Animal Protection Act, 104 to 42!

Many thanks to all of you who sent your letters of support!

We are half way there! Now, on to the Senate."

Prev Article
It's Tricky Hauling Livestock in California
Next Article
The ELD Mandate - A Work In Progress?