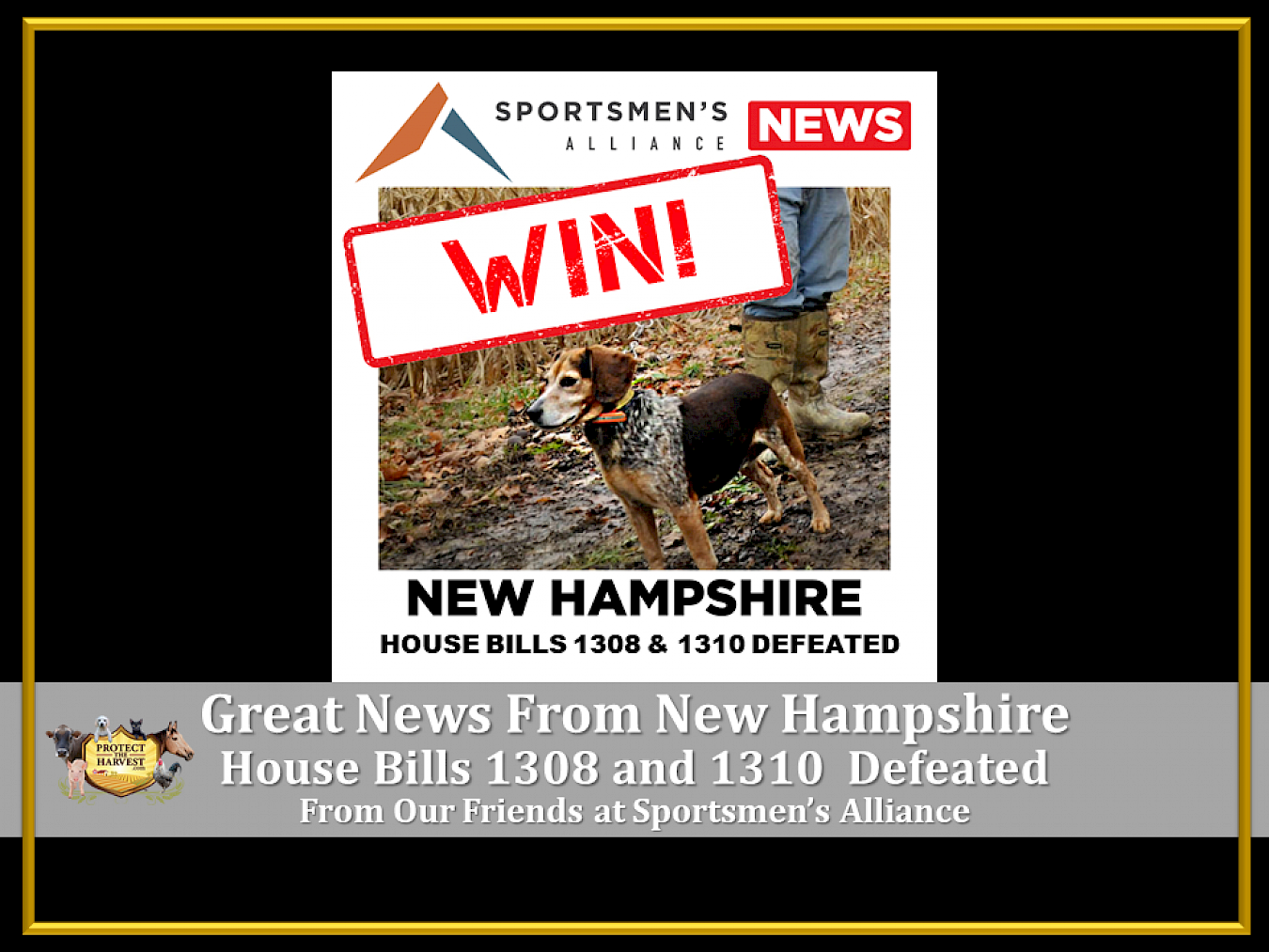 GREAT NEWS FROM OUR FRIENDS AT SPORTSMEN'S ALLIANCE

Two troublesome bills brought in New Hampshire were defeated soundly in the past 48 hours. One dealt with banning dog training and field trials and the other was anti-hunting. Here are the announcements from Sportsmen's Alliance:

A WIN for sportsmen in New Hampshire! House Bill 1308 which would ban dog training and field trials has been defeated. Thank you to The House Fish and Game committee who voted today 18 to 1 to kill the bill! Thank you to the many national and local organizations who worked so hard to fight this bill, testify in the hearing, and wrote letters.Your voices are being heard! Your calls and emails to the committee were heard! Take a moment to share and celebrate in this victory!

Another New Hampshire win for sportsmen, farmers and landowners! House Bill 1310 has been defeated!
Sportsmen's Alliance testified in person along with 5 other organizations and citizens in opposition to the bill. There were no supporters of the bill in attendance to testify.
The vote was 20 - 0 - 1. 20 opposed the bill, none supported the bill, one no vote

Congratulations to all who worked to oppose this bill.