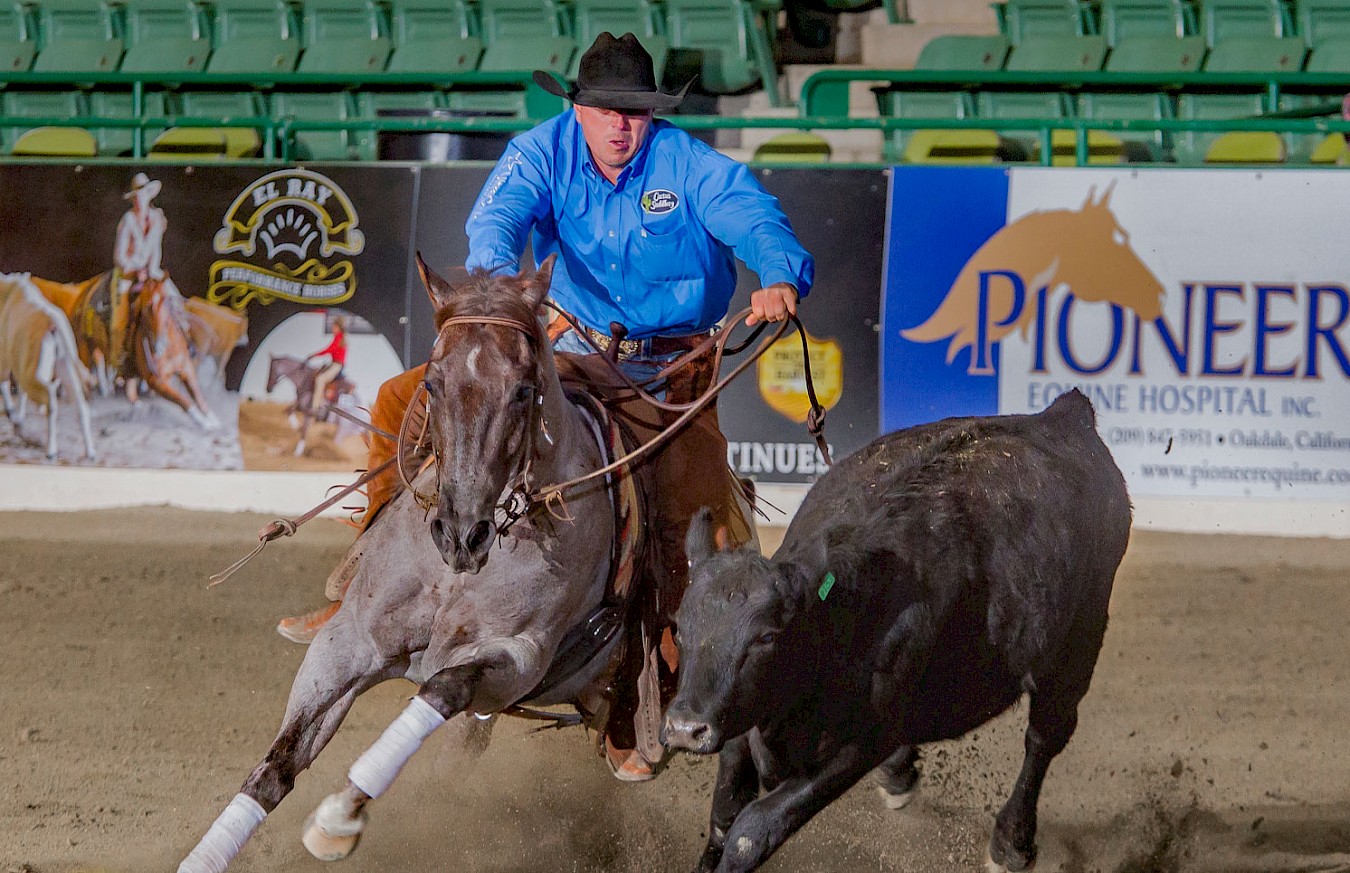 KEEPING THE TRADITION ALIVE IN RENO

The second annual Reno Snaffle Bit Futurity presented by Lucas Oil and Protect The Harvest was just held in Reno, Nevada the week of September 10th – 16th, 2018. Beyond the classic Futurity, this year’s show also included the Wild Spayed Filly Futurity presented by Protect The Harvest. The event reached over 1 million people between Protect The Harvest and Reno Snaffle Bit Futurity social outlets and the livestream broadcast. The entire event was a great success with growing entries in both the futurity divisions and horse show classes. Competitors, vendors and spectators came from all over the country to be a part of it.

The Wild Spayed Filly Futurity was a unique reined cow horse competition that included 12 spayed three-year-old mustang fillies from the BLM Wild Horse and Burro Facility in Burns, Oregon that had been auctioned off the year before during the Reno Snaffle Bit Futurity sale. These fillies were purchased by trainers of all backgrounds; from NRCHA professional trainers like Justin Wright and Lance Johnston, to well-known mustang enthusiasts who were trying their hand at this discipline for the first time.

The Wild Spayed Filly Futurity filled the seats at the Reno Livestock Events Center. At the end of the night Lance Johnston with Three Fingers Holly and Rebecca Sternadel with Three Fingers Blondie both had a composite score of 654. In NRCHA competition, a tie breaker is decided by the highest fence score. Lance and Holly’s stellar fence score of 226 broke the tie, earning them the title of Wild Spayed Filly Futurity Champion, a championship buckle, Championship saddle Scottsdale Western World and $25,000 sponsored by Lucas Oil. In an interview with Quarter Horse News Lance said: “I’ve been second at every major event except for the World’s Greatest Horseman. Won a lot of money, but never…I was always the bridesmaid. And, finally, I come out to a big event and finally win it, and it took a mustang to do it.”

Another aspect of the Reno Snaffle Bit Futurity was the opportunity to celebrate the 2018 Lifetime Achievement Award recipient Johnny Brazil Jr. during the Futurity’s Hall of Achievement Banquet. Johnny Brazil Jr. dedicated his life to preserving the traditions of the California Spanish Vaqueros and won over 60 championships during his career. This award was presented in conjunction with the National Reined Cow Horse Foundation.

Saturday also included the Reno Snaffle Bit Futurity Sale, where the 2018 trained Mustang fillies sold as well as the new batch of 2019 Wild Spayed Filly Futurity fillies. Well-bred Prospects, broodmares and trained horses also went through the auction – the high seller of the day was Style O Cat, a colt by High Brow Cat. His final bid was $29,000.

The Open Futurity Finals fell on Sunday, September 16th. The top 15 horses were eligible to compete that day. Justin Wright and Metallic Flame, owned by Bill Stevenson, took home the championship and $35,000. He told Molly Montag of Quarter Horse News “He’s matured a lot. I wasn’t planning on bringing the horses that we showed in Vegas here, but I thought that he could potentially have a chance here and he’s just continuing to get better. And, he showed a lot of heart this week.”

Overall, the week was a huge success; the event reached over 1 million people between Protect The Harvest and Reno Snaffle Bit Futurity social outlets and the livestream broadcasts. The Wild Spayed Filly Futurity is slated to return in 2019 with 11 new fillies. The trainers include NRCHA professionals, Non-Pro competitors, and well known Mustang trainers. This program brought the issue of over-population of wild horses on American rangelands to the attention of people across the nation. It demonstrated spaying as a viable and humane option to control their numbers, and also showed just how trainable and athletic Mustangs can be. It was important for the reined cow horse tradition to be kept in the west, and thanks to Lucas Oil and Protect The Harvest, a Snaffle Bit Futurity will continue to be held in Reno.