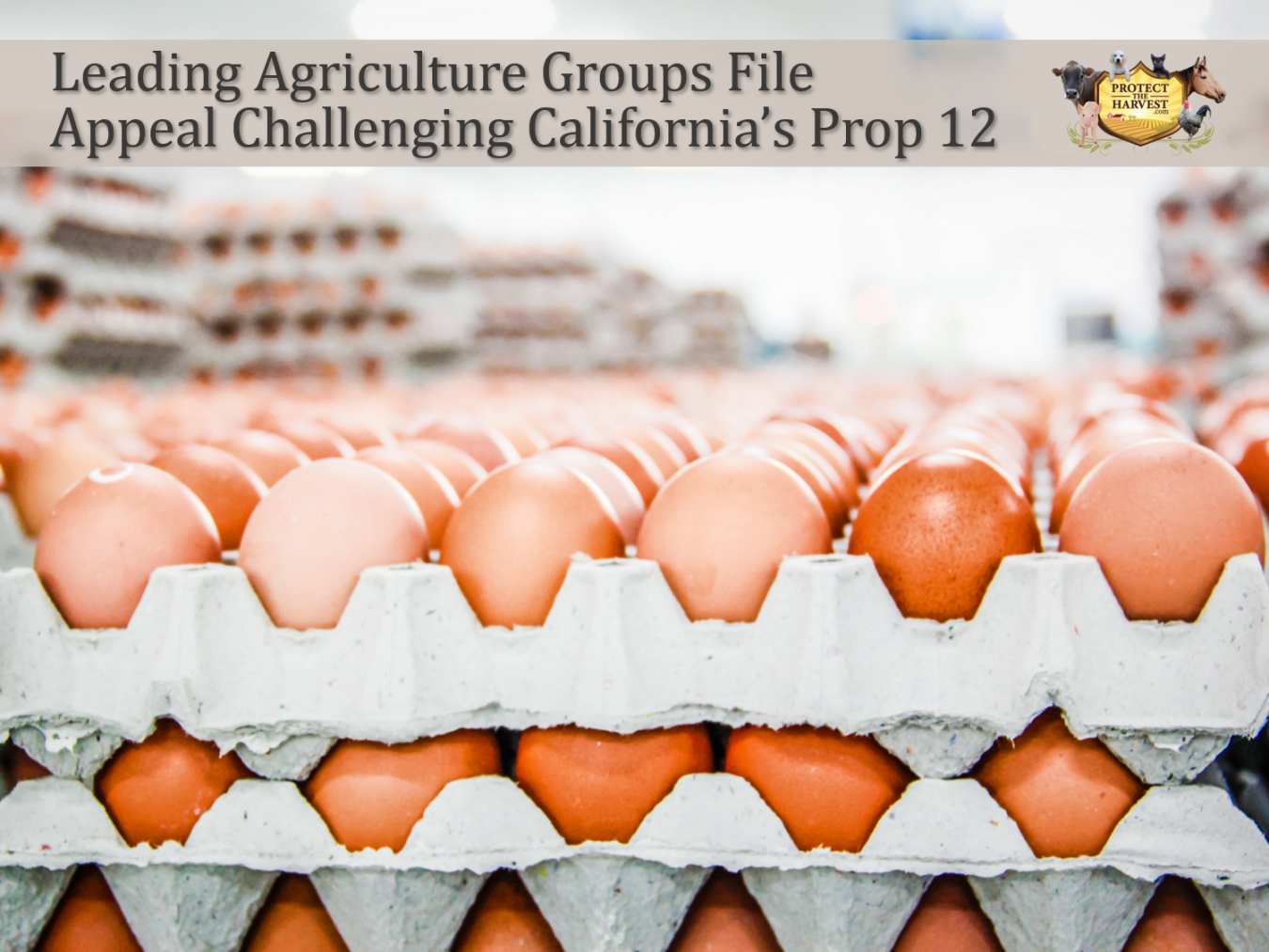 What is Prop 12?
On November 6, 2018, California voters passed Proposition 12 which goes into effect January 1, 2021. The bill increased regulations on egg, pork, and veal producers both in the state of California and any out of state producers that want to sell products in California. Prop 12 was written, funded, and marketed by the Humane Society of the United States and their “Prevent Cruelty California” coalition. The Prevent Cruelty California, along with the HSUS, raised over $13 million in funds to campaign for this proposition.
Prop 12 was passed by an alarming number of votes because the HSUS used their typical deceptive tactics to manipulate people into voting, “yes.” This isn’t something new, the same sort of tactic was used to purposely confuse California voters about the California gas tax as well.

The proposition had a negative impact on the veal, pork, and egg industries and has ultimately impacted consumers. According to the Association for California Egg Farmers, “Although California egg farmers are transitioning to cage-free as quickly as possible, it's estimated that 35% of the eggs produced in California will not be cage-free by 2021. According to an economic study, a reduction in egg supplies of this magnitude occurred back in 2015 when Proposition 2 became law. It is very likely that Californian egg consumers will experience a similar price hike in 2021…”

According to California’s Dept. of Food and Agriculture Registered Egg Handlers List, more than half of the eggs sold in California are from out of state producers, which makes the egg supply vulnerable to the changes made with the passing of Prop 12.

Majority of Producers Do Not Currently Comply with Regulations
At this time, only 1% of pork producers comply with the arbitrary housing requirements of Prop 12. When it goes into effect January 1, 2021, a majority of the nation’s pork producers will not be allowed to sell its products in California. As stated above, in 2021 it is expected that only 65% of the eggs produced in California will be compliant with the new regulations set forth by Prop 12.

Appeal Has Been Filed on Behalf of Farm Groups
The American Farm Bureau Federation and the National Pork Producers Council have jointly filed an appeal with the U.S. Court of Appeals for the Ninth Circuit to ask that Prop 12 be ruled invalid. The appeal claims that Prop 12 is unconstitutional and seeks to allow California to regulate states outside its governance by requiring producers to abide by the state’s own regulations in order to do business there. They are specifically referencing the Commerce Clause of the U.S. Constitution.

The Commerce Clause provision of the U.S. Constitution (Article 1, Section 8) authorizes Congress ‘to regulate commerce with foreign nations and among the several states and with Indian Tribes.’ This has been interpreted as a grant of positive authority to Congress and as implicit prohibition of state laws and/or regulations that interfere with or discriminate against interstate commerce. The Commerce Clause is a legal foundation for much of the United States government’s regulatory power.
In its simplest form, the Commerce Clause allows the federal government to regulate trade so that the free flow of trade or commerce between the states is not blocked by individual state laws.

North American Meat Institute (NAMI) Lawsuit in 2019 Struck Down
In October 2019, the North American Meat Institute (NAMI) filed a lawsuit challenging the constitutionality of California’s Proposition 12. The lawsuit stated that the initiative would hurt the nation’s food value chain by significantly increasing costs for producers and consumers. Unfortunately, only weeks later, Judge Christina A. Snyder sided with animal extremist organizations and rejected the NAMI request. Following the ruling, NAMI spokeswoman Sarah Little stated, "We respect but are disappointed in the court's decision. We will review the ruling and consider our options, which include an appeal to the U.S. Court of Appeals for the Ninth Circuit."

We Hope NPPC and the AFBF Are Successful
Our organization is extremely hopeful that the National Pork Producers Council and the American Farm Bureau Federation are successful in their appeal. We strongly believe this proposition will not only hurt producers, but consumers as well. We will always support farmers and ranchers who work tirelessly to provide safe and affordable food options. We will continue to follow this issue and share any developments.