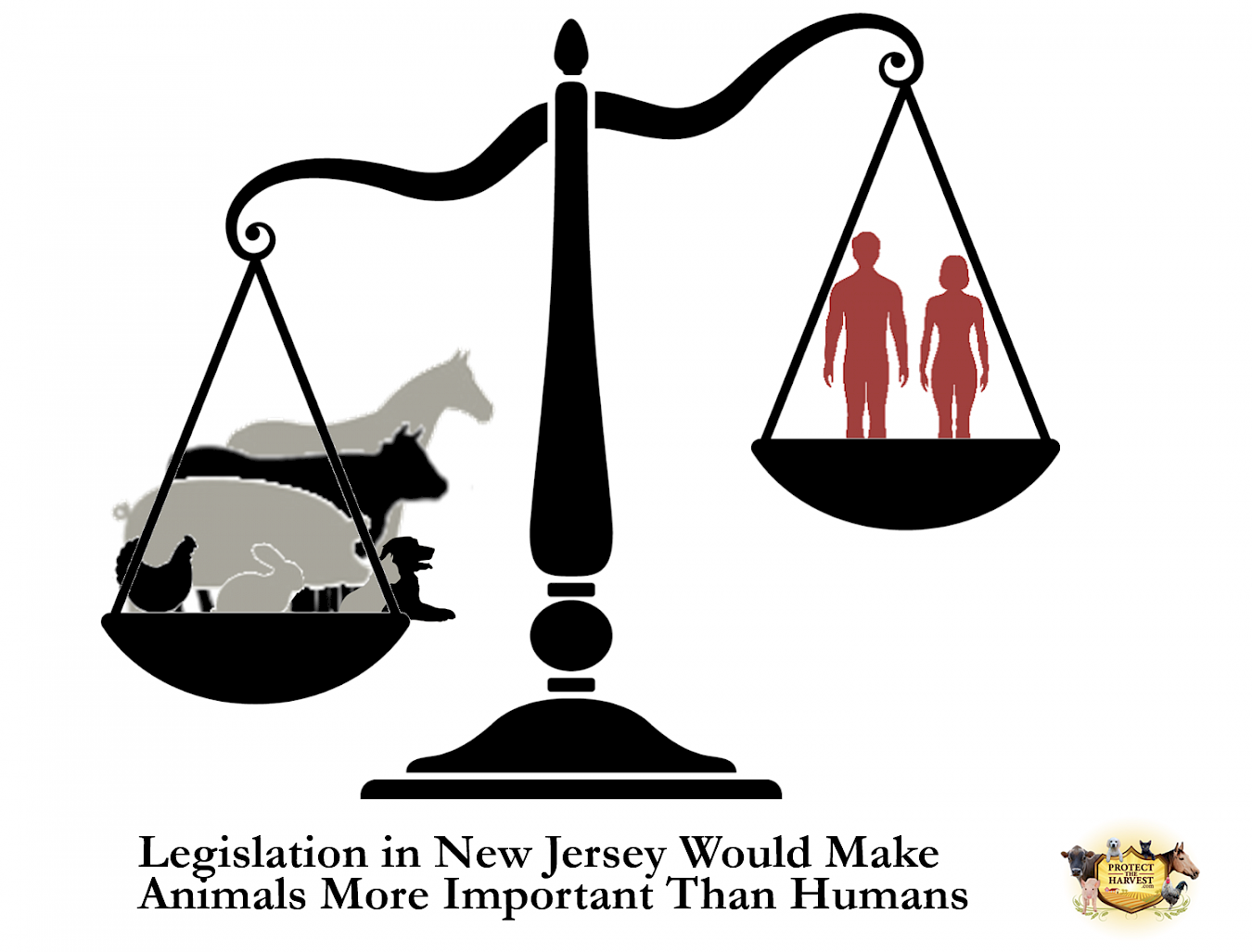 What Should Be the Focus of the Courts?

In a court of law, a person is being judged. When the focus is justice, the rule of law is being applied as a deterrence to prevent other similar crimes from being committed by humans. The rule of law also considers rehabilitation of a person.

The interest of justice outweighs the so-called “rights” of the animal. Animals do not have “rights” as they do not make life choices.

These are important questions to consider in light of new legislation proposed in New Jersey that will impact pet owners and the pets themselves. The New Jersey bill, A-4840, is modeled from Connecticut’s “Desmond’s Law,” which passed in 2016 much to the dismay of many legal scholars and animal welfare advocates.

Update: As of September 2019, both bills (A840 and S332) are still in committee. These bills serve as an important example of troubling legislation regularly pushed by animal rights groups.

The New Jersey Legislation Proposes Other Serious Issues to Consider

This “special advocate” would be able to do the following:
1. Monitor the case
2. Attend hearings
3. Consult any individual with information relating to the welfare or care of the cat or dog
4. Review relevant records concerning the condition of the animal as a result of the defendant’s actions, including, but not limited to, records from certified animal control officers, veterinarians, and police officers
5. Present information or recommendation to the court that relates to the best interests of the animal.

The language in this bill interferes with the rights of animal owners and duties of animal welfare officials. The advocate could circumvent the rights of an animal owner and the intent of justice in deterring abuse, and rehabilitation of the person by making the rights of the owner secondary to the “rights” of the animal. If an advocate has an extremist viewpoint, which is often the case in situations similar to those contemplated by this legislation, the bill can place that viewpoint above the animal owner’s constitutional property rights and concern for the welfare of the animal. The advocate could have the ability to force an animal owner into making decisions that the owner does not believe is in the best interest of the cat or dog. The true focus of an “animal rights” ideology in courts is retribution in the name of the animal and opportunity for animal rights groups to organize a new fundraising campaign.

Should an Animal Have the Right to Sue a Veterinarian?

By giving rights of representation in a court of law to animals whether the representation is classified as a “Guardian” or “Special Advocate,” it elevates the animal to the same status as human beings. This has far-reaching consequences including opening the door to a civil action providing an animal the “right” to sue a veterinarian for malpractice and pain and suffering. These types of civil suits would result in significant increases in professional liability premiums with the potential to make the cost of providing veterinary care prohibitive for many animal owners, moving us closer to making animal ownership a luxury only for those with greater financial means.

A recent case in Washington State demonstrates that this concern is not unfounded. Appellate Court Chief Justice George Fearing reviewed a case where a pet owner was seeking damages against a veterinarian and staff member at Washington State University for emotional distress. The pet owner’s Husky dog was at the teaching hospital to be euthanized, and the procedure did not go smoothly, causing the dog to howl. While Justice Fearing denied hearing the appeal, in a separate opinion, he recommended that the case be reviewed by the Washington State Supreme Court and advocated for a change in the law.

The AVMA Recommends Against Adopting the Term “Guardian”

The American Veterinary Medical Association (AVMA) has published an official opinion and recommendation regarding guardianship:
“Some animal owners may like to refer to themselves as "pet guardians," however "guardian" is a legal term that has significant legal implications and repercussions. Its use to describe the relationship between animals and their owners is inappropriate. Under well-developed principles of guardianship law, guardianship is a fiduciary relationship (the highest legal civil duty owed by one person to another). The ward's interests are always to prevail over those of the guardian. Some conflicts that arise from application of human guardianship law to animals are described in the text that follows.
On the basis of these conflicts, the American Veterinary Medical Association (AVMA) recommends that "guardian" not be adopted, even to semantically describe the relationship between humans and their animals.”

Special Advocates Should Focus Solely on Animal Welfare, Not A Radical Ideology

There is great concern about who will volunteer to be a “special advocate”. The language reads that the “special advocate” will have “knowledge of animal issues and the legal system”. That may sound good on the surface; however, it is important to know that many of the attorneys and law students involved in animal issues are those advocating for “animal rights”, not animal welfare. If this bill is passed, advocate positions should be held by people that do not have an ideology such as those who advocate “animal rights”.

In an interview with the website Seeker.com, Richard Cupp, a professor at Pepperdine School of Law, states:
“My experience is that many people who initially say they support 'animal rights' actually support imposing appropriate legal responsibilities on humans to prohibit mistreatment of animals, rather than supporting legal personhood and accompanying legal rights for animals…"

Intervention Incentivizes those Focused on Advancing Their Personal Agendas

Allowing a non-involved party to intervene and demand representation for an animal creates a system that incentivizes intervention by people and/or groups that have ulterior motives. Rather than serving justice and the best interest of the animal, this may allow for animals to be used as a means to advance an extremist ideology.

Desmond’s Law in Connecticut was Amended to Focus on Justice

It is important to note that Desmond’s Law in Connecticut was amended to permit an animal advocate to represent the interest of justice before being passed. Dr. Nancy Halpern, who is a licensed veterinarian and a lawyer at the national law firm of Fox Rothschild has written a number of articles on this issue. In her recent article about the new legislation in New Jersey, Dr. Halpern recommends that the bill should be amended to place the focus on justice before going further.

Dr. Halpern’s opinion carries significant weight. Prior to practicing law, she served as the New Jersey State Veterinarian, Director of the Division of Animal Health for the New Jersey Department of Agriculture, and served on the State Board of Veterinary Medical Examiners for almost 10 years.

Your Voice Is Important

If you are a New Jersey resident and have concerns about A 4840, we urge you contact to your Senate and General Assembly members to share your viewpoint.