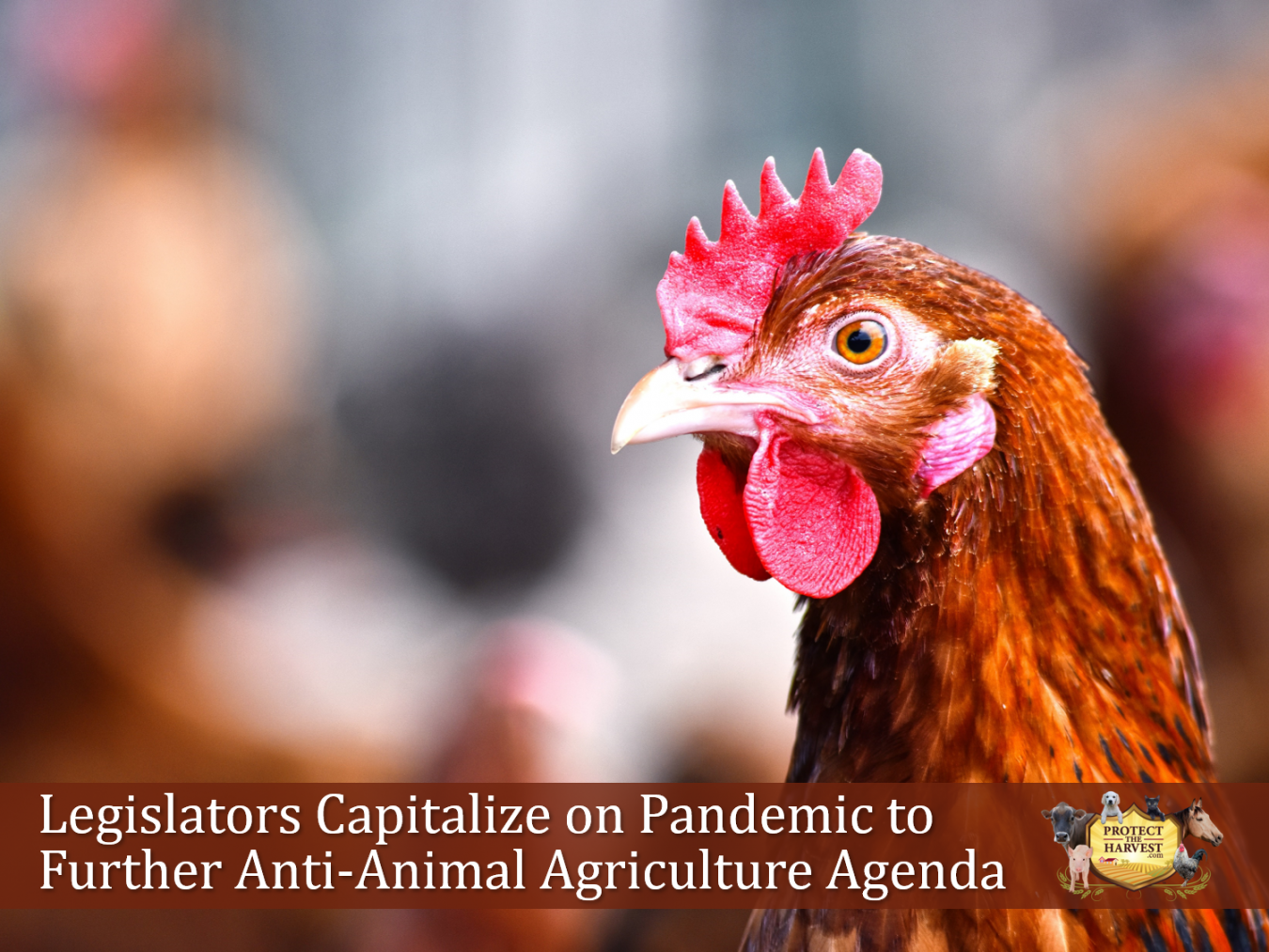 Assembly member Linda Rosenthal and State Senator Luis Sepúlveda have introduced a bill in New York state that would close all live animal markets, specifically “prohibiting the operation of establishments where animals and/or fowls are slaughtered or butchered for food”. It will also establish a task force to decide whether they should be banned indefinitely.
While this is an outlandish piece of legislation, this latest move from Rosenthal comes as no surprise. She has spent her career working against animal agriculture as well as other animal industries such as limiting hunting, banning pet breeding and sales, banning horse drawn carriages, rodeos, and more. Over the years we have written a number of articles about Rosenthal’s animal extremism and the legislation she has proposed. These articles can be found on our website with a simple search if you are interested in learning more.

Bills Introduced in Both the Senate and Assembly
There are two identical versions of this bill being presented in both the New York Senate and Assembly. The assembly bill A10399 has been introduced by Linda Rosenthal (D) and the senate version S8291 by State Senator Luis Sepúlveda (D). Both bills are currently in committee, awaiting to be heard on the floor. These two legislators are working in conjunction to close the 86 live markets that reside in the state of New York.

False Claims Versus the Facts
In a statement, Rosenthal has falsely claimed that these facilities do not adhere to any sanitary guidelines, nor do they see any regulation or oversight. The truth is that the New York State Department of Agriculture and Markets (NYSTAM) is directly responsible for overseeing and regulating live animal markets in the state. According to their 2018 Annual Report, the Department of Animal Industry (DIA) tested over 28,000 birds that year at several hundred different markets and dealers and none were positive for the avian flu. The same can be said for 2017, as well. The Department of Animal Industry is made up of a staff of field and office veterinarians, animal health inspectors and more, all dedicated to ensuring that the animals going through those markets are healthy and safe for human consumption.The NYSDAM annual report also explains that:
“Domestic Animal Health Permits (DAHP) are issued to livestock and poultry dealers. Department laws and regulations require dealers to properly identify animals and record the details of all transactions to allow for tracing to the point of origin and disposition. DAI veterinarians and animal health inspectors conducted 437 DAHP inspections on 322 DAHP holders during 2018. Field staff also inspect livestock markets to determine compliance with Department laws and regulations. In general, market inspections are performed quarterly and consist of a facility inspection, evaluation of cleaning and disinfection procedures and an inspection of animal identification and recordkeeping practices. DAI field veterinarians and animal health inspectors performed 148 livestock market inspections on 33 markets.”

This proves that not only is there oversight and regulation pertaining to live animal markets in New York, but also that those regulations are being implemented successfully. As a lawmaker in the state of New York, Rosenthal should know this. If she is aware of the Department of Animal Industry’s veterinarians and animal health inspectors, then what does that say about the claims she is making?

Legislators’ Ties to the Animal Extremist Movement
Linda Rosenthal has spent her entire career sponsoring outrageous legislation that pushes forward the ideology and agenda of animal extremist organizations. Some of the language in her legislation has been so restrictive that it would make it impossible to even have a pet dog. Just this year, she proposed a bill that would limit options for pet owners by banning pet stores from selling dogs, cats and rabbits. She has solidly aligned herself with organizations and legislation that seeks to limit animal ownership in the state and animal industries that reside there. The animal extremist group, the Humane Society of the United States, awarded Rosenthal with the “Humane Legislator of the Year Award” based on her efforts to push legislation that aligns with their movement.
Luis Sepúlveda is closely associated with NYCLASS, an animal rights organization we’ve highlighted before, especially due to their continued efforts to ban carriage horses in New York City. NYCLASS has endorsed both Sepúlveda and Rosenthal, among others, based on their cooperation with carriage horse bans.

Misinformation Must Be Addressed
Amidst the coronavirus pandemic, there have been several claims from animal extremist groups that are blatantly false regarding its connection to animals. While the pandemic has been traced back to originating in bats, it is false to claim that animal agriculture is to blame. We, as an organization, refuse to sit idly by as animal agriculture is maligned by those who benefit from its demise. This pandemic has affected most of us in some way. However, this situation has proven the importance of standing strong with our food producers and supporting them as much as possible. We will continue to share truthful information about food production and will never stop bringing animal extremism to light.