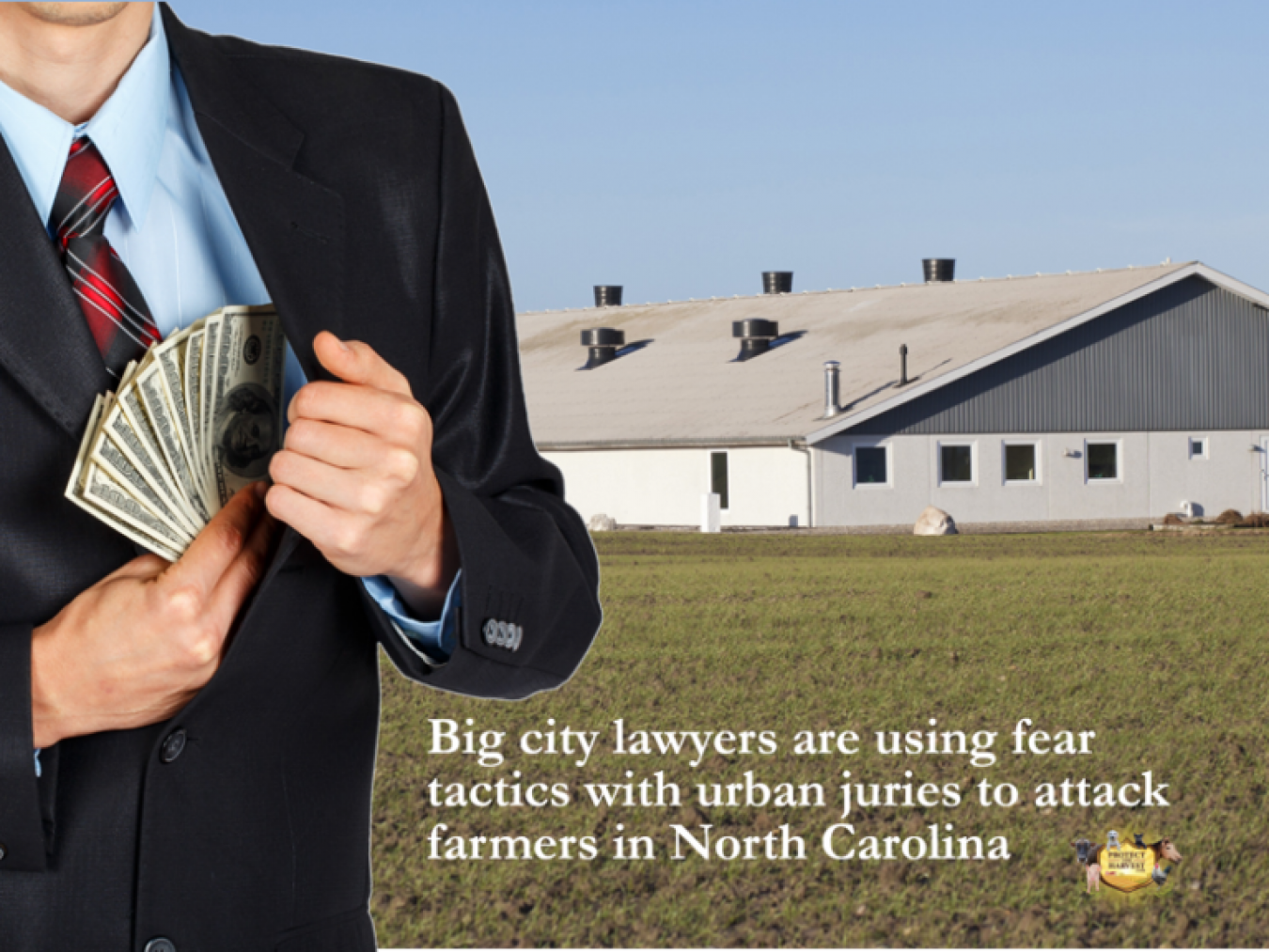 CBS has a television show called “Bull” about jury “science” that I find interesting to watch. However, I find the subject much better as an entertainment piece than as a concept that actually puts the future of animal agriculture in peril. While I am confident there is plenty of Hollywood spin in the TV show, the basic concept is actually happening every day in real life court rooms. In North Carolina, pig farmers are currently on the losing end of this thanks to something the lawyers call “reptile strategy.”

As you read this, the third of ten scheduled trials is underway for nuisance lawsuits that have been filed against Smithfield Foods. With the momentum gaining after the first two victories, something big needs to happen to get this stopped. In the first trial, the jury awarded the Plaintiff $50 million in punitive damages and in the second, $25 million, which are both illegal actions according to NC statues. Furthermore, North Carolina has a “Right to Farm” law that should have provided protection to the farmers but it did not.

Out of State Attorneys

A Texas based law firm has been working on this litigation since 2014, with what they report to be 500 NC “neighbors” of the farms who have signed on to get in on this lottery payout. I can’t really speak to the strategy that has been utilized by the defense attorneys on behalf of Smithfield Foods, but I have been in discussions with attorneys that have successfully beaten similar frivolous lawsuits all over the country.

One thing I can tell you that contributes to the success of the plaintiffs in this case is the “reptile strategy.” In 2009 a book was written as the “how-to” guide on winning a lawsuit from a plaintiff’s standpoint called Reptile: The 2009 Manual of the Plaintiff’s Revolution. Authors Don C. Keenan and David Ball advocate persuading jurors by appealing to their “reptile brains,” the “oldest” part of the brain that is responsible for primitive survival instincts.

Not A Jury of Their Peers

I am also told that because this trial takes place in a very urban area that the jury pool will be high school educated, non-science based, working folks. The plaintiffs worked to find jurors that could be swayed most easily by fear and that don’t know or understand science. To compound matters, the judge has prevented jurors in all three cases from visiting the farms in question. The jurors were also prevented from hearing testimony from scientists who study odor and have data to substantiate what objectionable odor truly is.

You can clearly see the strategy of the Texas lawyers is to create the fear that pigs stink, produce manure and put you in danger. Again, there is no scientific basis for this, simply emotion. Furthermore, these pigs are owned by Smithfield Farms who is now a Chinese company and we know “the Chinese are polluters so you must make them pay”. That premise, as false as it is, is the only strategy they need to convince this jury to reward the poor neighbors in a big way.

Here is the real story that needs to be proclaimed throughout the nation. Yes, a Chinese firm called the WH Group does own Smithfield Foods, although the management team is exactly as it was when Joseph Luter owned the farms. Most importantly, the farms that are being targeted are the contract growers for Smithfield Foods; people like Joey Carter. People tend to forget that Smithfield contracts with independent growers, which creates a very beneficial relationship for both parties.

No, Joey Carter was not sued but now that his farm has been the target of the lawsuit and despite the fact that he is a tremendous steward of the land, no one is allowed to put pigs back on this farm. What is the farmer to do? The North Carolina Pork Council issued a statement to that effect:

Farmers Are Being Punished for Farming

Once again, we have a clear violation of property rights in the United States. We have farmers doing what NC has been doing since 1776 – converting resources to improve human lives. Finally, the NC Assembly generated the NC Farm Act 2018 to give farmers more protection. But why? Why are we in a position that we need laws to protect the hard-working people who enable and sustain human life? Especially when the very lives they are trying to enhance are those of the Vegas style reptiles that are lurking around waiting to win the big payout at their expense!