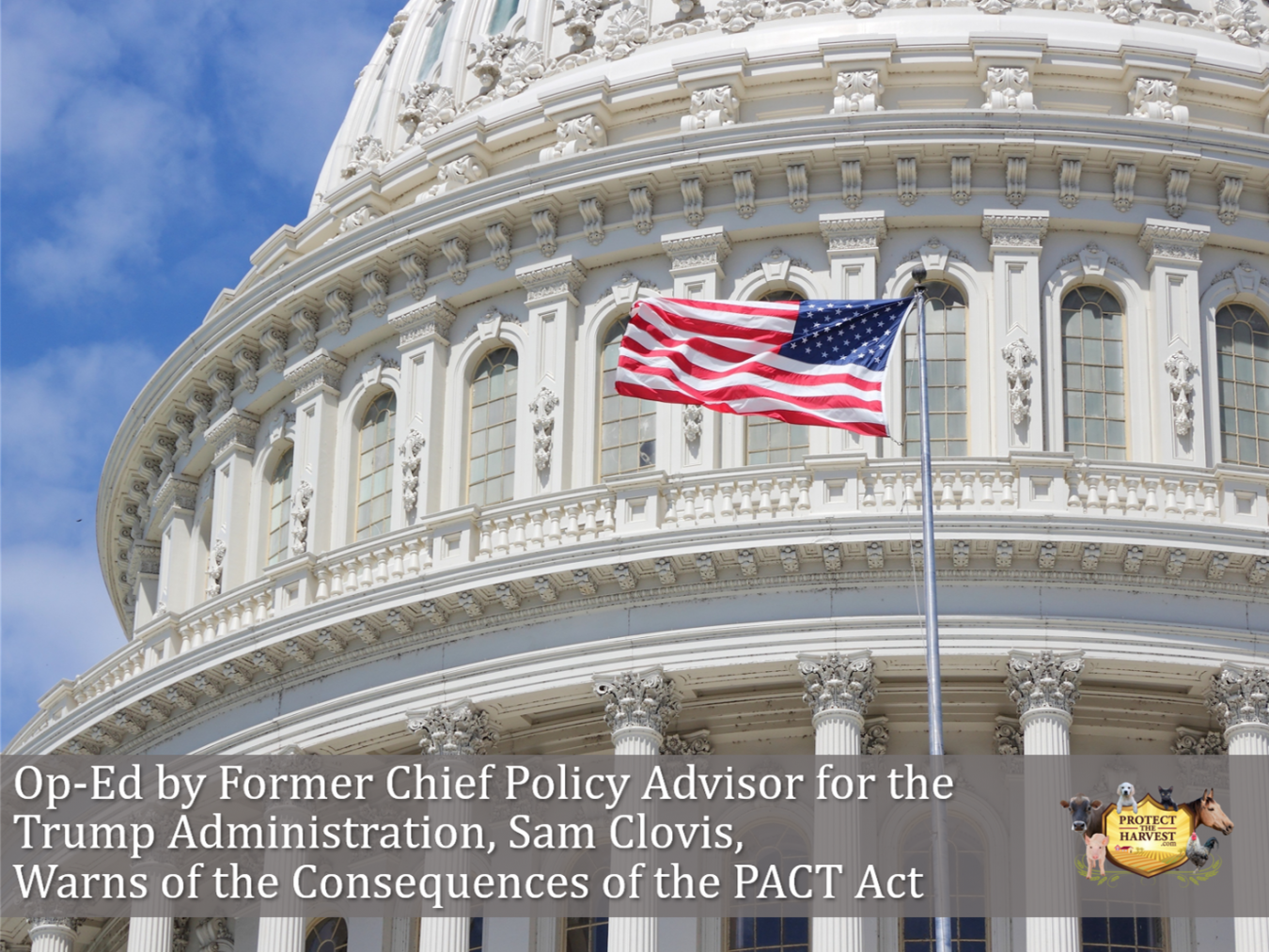 I am not sure people in Congress do not need a lesson in civics and perhaps a re-read (or more likely a first read) of the Constitution. Their ability to change rules to avoid accountability has led to a very dangerous situation for all of agriculture, especially for livestock producers. The Preventing Cruelty and Torture Act (PACT Act) is the best example of how Congress ducks and weaves, avoiding any level of accountability to their constituents or, worse, to the American people. Thus, we see in the PACT Act the pernicious influences of special interest. Here, we have the insidious, and overt, power of the lobbyist class inside the Swamp.

Though the act, on its surface, seems innocent enough, imagine when a new administration comes in and the outrageous rule making where animal rights lobbyists will populate most of the political positions inside the United States Department of Agriculture (USDA) and the Environmental Protection Agency. One could even see out-of-control rule making on the part of the Department of Interior. Think about that—the rule making that would result in essentially doing away with meat as a food product because prudent animal husbandry could be construed as a federal crime. If one is involved in producing meat products for food, one could be put out of business overnight.

The PACT Act deals with producing videos that show obvious cruelty to animals. The act, taken to it logical rule making conclusions, make it obvious that animal rights lobbying influence got this legislation passed on the House version of a voice vote, passed to the Senate, where the act made it to the unanimous consent calendar where it passed without objection. To do so in either chamber is a bit rare. To have it done in both chambers is extremely rare. No votes, no accountability, no public feedback, no committee meetings, no regular order. Now, that is a lot of juice to pull that off.

Right now, the act is somewhere on the way to the President. Unfortunately, some of the strongest, and loudest, voices that might influence the President are very close to him. The influence of these individuals, though well intentioned, is carried by adamant animal rights advocates.

One would hope that the President would simply put this act in a desk drawer and let it die without a signature. Things like this Act could be devastating to the President’s standing with the agriculture community. Arguably, the President would not have won the last election were it not for all of those in rural Americans who voted for him. Those votes were the ones that offset the city votes for the opponent.

The agriculture community has put up with a lot since the President took the oath of office. To the President’s credit, he has been able to keep the support of farmers and ranchers around the country. Given the difficulties the President is having closing the deal with China and getting Congress to act on USMCA, one can see the straw dangling over the camel’s back.

I would urge the agriculture community to burn up the phone lines to the White House and to the Secretary of the USDA to let the President know that this Act is a bad deal for everyone, not just livestock operations. I would suggest everyone who has ever mucked a stall, dehorned a steer, given inoculations or any other prudent animal husbandry operation should make sure that a version of this OPED be placed in every outlet possible so this Act is brought to the attention of EVERYONE, not just livestock interests. Food is food and food should be apolitical.