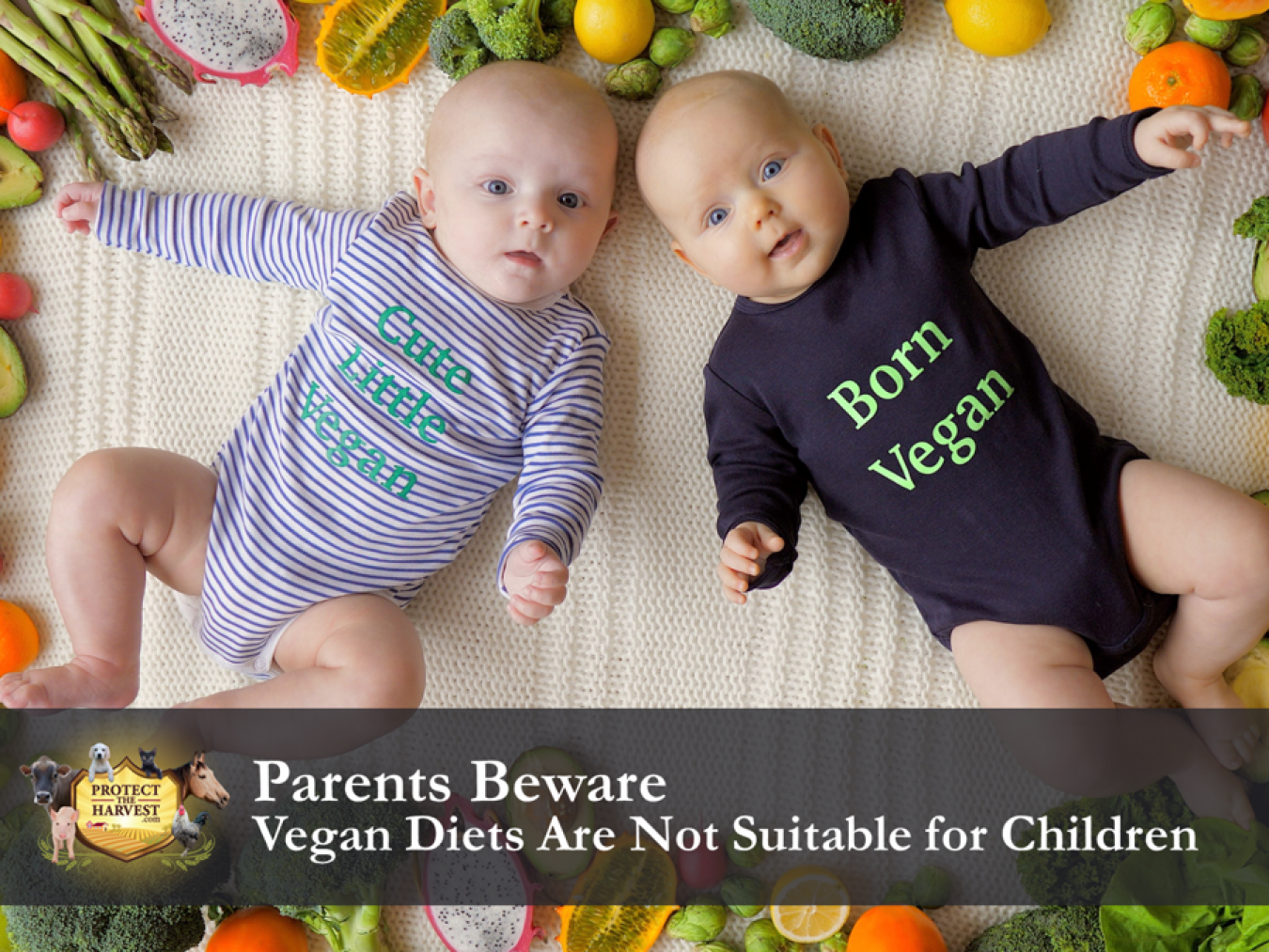 PARENTS BEWARE - VEGAN DIETS ARE NOT SUITABLE FOR CHILDREN

Veganism is being fueled by the animal extremist movement and has gained notable attention worldwide. Many people have fallen prey to the vegan fad of removing animal products from their diets. They are influenced by the flood of animal extremist-based content online, in movies, and in other media. Animal extremist groups promote the misleading notion that vegan diets are inherently the most nutritious and the best for the environment.

Some groups go so far as to say that veganism is the “perfect” diet for all people, including children. It is a common tactic of animal extremists to play on the emotions of those who are uninformed. This claim is entirely untrue, and it can also be dangerous. Unfortunately, there are parents who buy into the propaganda and force a vegan lifestyle and diet upon their children not knowing the long-term ramifications that can and do result. In recent years there are numerous reports of children in the US and abroad who have suffered the detrimental consequences.

Many of the various groups and individuals that promote a vegan diet have no accredited nutritional or medical backgrounds. Instead, they rely on a handful of out-of-context research papers, blog posts, unaccredited websites, and their own ideological beliefs.

Inevitably, many who adopt this diet armed with only these questionable resources find themselves failing miserably. When children are involved, the risks are elevated even higher as their bodily demands for growth require adequate nutrients from the most efficient source possible.

A study from the U.K. found that, on average, vegan children are over an inch shorter than their peers with weaker and brittle bones. They are also three times more likely to be vitamin B12 deficient than those who are omnivorous. This study looked at nearly 200 children from the ages of five to ten years old, 52 of which were vegans. B12 deficiency has been linked to abnormal mood and brain disorders, depression, weakness or fatigue, changes in balance or coordination, damage to the optic nerve causing blurred vision, disruptions in myelination, and inflammatory processes. 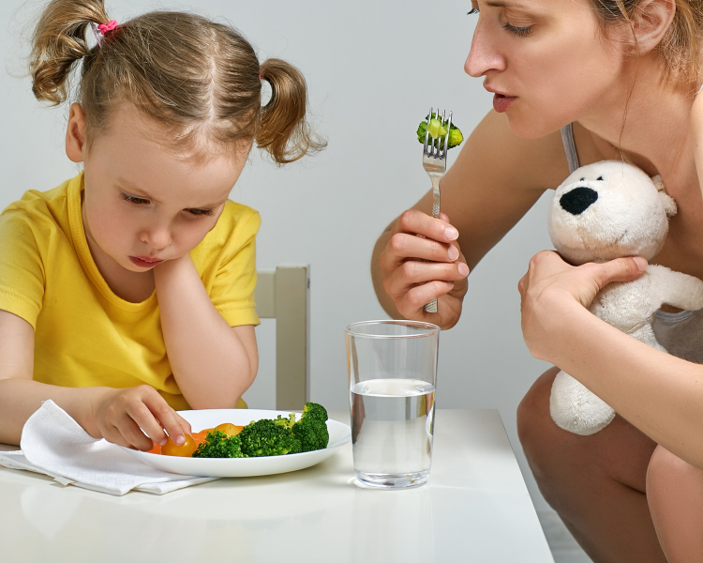 With story after story of child malnutrition and even death related to veganism, it has raised questions about enforcing governmental interference to prevent more tragedies from happening. Many countries have already been proactive in this regard due to the harm a vegan diet can have on infants and children. Since they are not old enough to make their own informed decisions about health and nutrition, these governments feel it is necessary to place protective laws in place.

In 2016, Deputy of the Forza Italia party, Elvira Savino, called for legislation that would prosecute parents who pushed vegan diets on their children to, “stigmatize the reckless and dangerous eating behavior imposed by parents ... to the detriment of minors.” This is in part a response to multiple incidents in the country where children were removed after being found malnourished as a result of vegan diets.

Savino pointed out that diets without animal products can easily leave developing children without adequate vital nutrients including B12, iron, and zinc among others.

More recently in 2019, Belgium followed suit where the Royal Academy of Medicine labeled vegan diets for children as being “unethical.” In addition to their strong stance against vegan diets in children, the Belgium Royal Academy of Medicine also discourages vegan diets in teens and nursing mothers. Dr. Georges Casimir who heads a commission appointed by the academy notes that other vitamins besides B12 including D, calcium, other nutrients, and trace elements are “absent” from the vegan lifestyle.

Here in the U.S., it is not illegal for children to be raised on vegan diets, nor has it been formally opposed by American Academy of Pediatrics. However, malnutrition is still a criminal offense and the role of vegan diets in a number of these cases is considerable and concerning.

The U.S. has had more than its share of issues regarding parenting and veganism. In some cases, intervention and prosecution was necessary. In 2019 one Florida couple found themselves facing criminal charges after a 911 call was placed and their year-old son was pronounced dead on the scene due to malnutrition from a vegan diet.

About three years ago, a similar case happened in Pennsylvania where a 33-year-old woman faced charges due to feeding her 11-month-old baby an extreme vegan diet. While the child survived, doctors say the extent of malnutrition would cause development delays moving forward.

As other countries take account of the very real risks and dangers for its most vulnerable citizens, it is something the rest of the world is forced to consider.

There are no shortages of personal stories and testimonies of those who have experienced the very negative aspects of a vegan diet – for themselves and even for their children – even when doing everything “right.”

One former vegan woman shared her mindset and inaccurate rationalizations during a period in which she had her children on a vegan diet:

• “It is definitely a religious mindset that typically takes a LOT of evidence (or other motivation, e.g. poor health) to break through. Rationalization is the order of the day.

• ‘My kids look skinny, but only compared to those unhealthy meat-eating kids.’

• ‘My kid may be growing more slowly than those meat-eating kids, but they're growing TOO FAST because a high-protein diet is unnatural, unhealthy and growing fast now will just mean getting sick and dying faster later.’

• ‘Normal standards are based on an unhealthy meat-eating population. My kids may not be meeting those standards, but the growth rate and other characteristics of my kids' health are the correct and better ones, because our vegan diet is the original and natural diet for humans.’

• ‘There are hormones in meat and dairy, and that's why those other kids are growing so fast.’

• ‘I'm hungry all the time because I'm used to eating too much in general and too much protein specifically.’

• ‘The rationalizations are endless, as long as the belief persists. It's only when the belief starts to wane in the face of mounting evidence or deepening ill health that true healing begins to take place. At least half the battle is in the mind!”

Continuing to Push Veganism Despite the Danger

While the mountains of evidence against veganism, especially for children are significant, animal extremist groups continue to promote veganism for them. The usual culprits are behind these actions. PETA Kids, for example, has an entire portion of their website dedicated to “A kid’s guide to vegan nutrition” where they cite blatant misinformation stating: “Kids who are raised on a diet of fruits, veggies, whole grains, and legumes usually grow up healthier and less overweight than children who eat meat.”

It is shocking that extremist-influenced groups continue to have a voice in children’s diets despite their obvious bias and lack of true subject matter expertise. The Physicians Committee for Responsible Medicine (PCRM) is a notorious group of which few medical doctors are actually members. PCRM is connected to both PETA and the HSUS via its members and is funded by big animal extremist lobbies. This radical group debated the findings of the Royal Academy of Medicine’s report saying that “several key statements and conclusions were not based on scientific evidence and were both erroneous and misleading.” 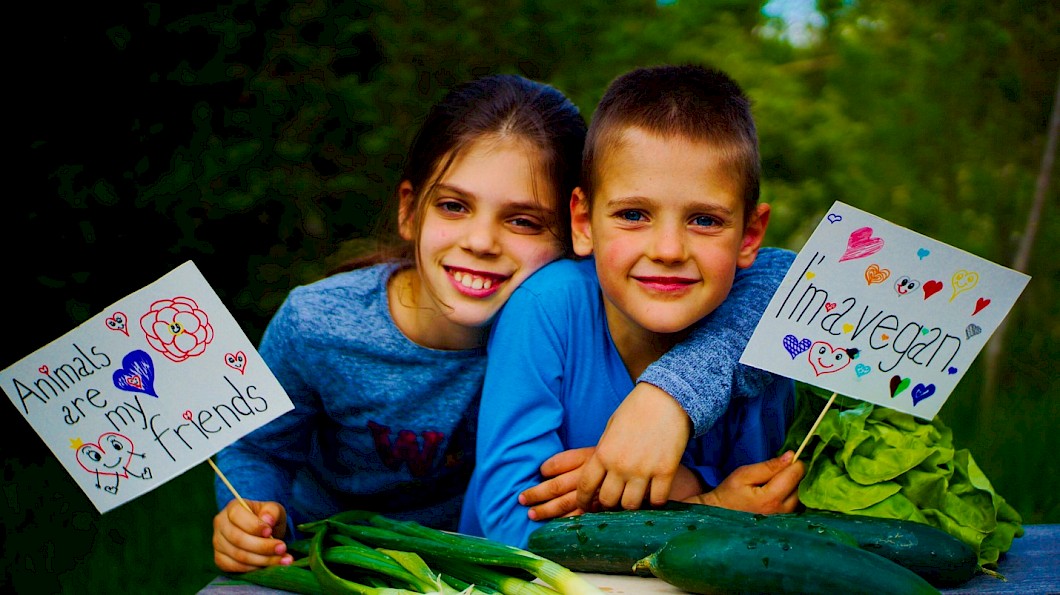 Efforts to push veganism on children are not confined to the fringes of the extremist side of the internet. Both HSUS and PETA have been aggressive when it comes to pushing their ideologies into school lunch programs.

The Meatless Monday campaign has infiltrated into multiple public schools and universities. Although the U.S. Department of Agriculture publicly disavowed the movement, that didn’t stop certain schools from having an all-vegetarian menu on Mondays. In 2019, New York public schools made national headlines as the city’s Mayor Bill de Blasio announced a new Meatless Monday pilot program in 15 different schools.

When Children Are Involved There is No Place for Extremist Ideology

The case against vegan diets and children is another sobering reminder about leaving the science and facts to the professionals – not those with an agenda and biased ideological beliefs. Dietary guidelines for children should not be determined by animal extremists. The nutritional requirements for children should be determined by medical professionals with expertise in pediatrics and nutrition.

To think otherwise is truly criminal.

Prev Article
Veganism: Is it a Lifestyle or Cult
Next Article
They Will Never Stop - The Vegan Extremist Mindset