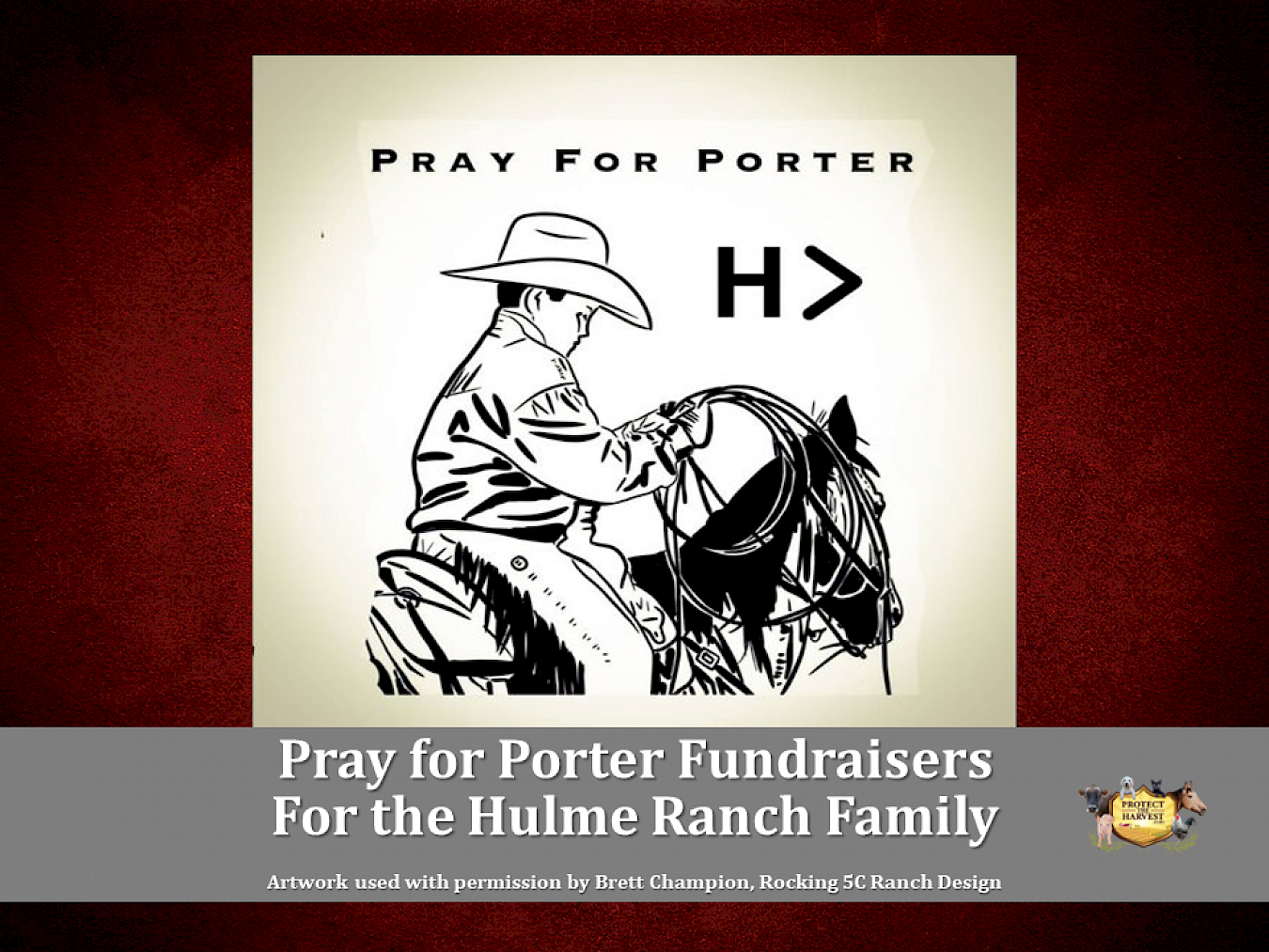 PRAY FOR PORTER FUNDRAISERS FOR THE HULME RANCH FAMILY

It’s the call no parent wants to get- your children have been in a horrific vehicle accident.

The Hulme Family from Hulme Ranch received that call days ago. Their two boys were returning from a roping event and a tire blew causing a wreck. The family needs support. Donation information is below. There are several ways to offer your support.

In the words of Scott Hulme:

“To all who have asked.

This list is not comprehensive, there are other links on the Hulme Ranch -Scott & Kim facebook page.

The Select Online Horse Sales Benefit Auction: breedings and items up for auction

Aint Seen Iceman Yet is auctioning off one breeding, with a live foal guarantee. 100% of the proceeds will go directly to the Hulme Family.

MP3 Barrel Productions, LLC will be holding a benefit barrel race on July 30 in Vernon, TX! They will have a bake sale & silent auction!

Prev Article
FLASHBACK: HOW ONE GREEN GROUP IS BUYING UP GRAZING ALLOTMENTS TO KEEP CATTLE OFF THE RANGE
Next Article
Reality Bomb From California Farmer Over Supply Chain