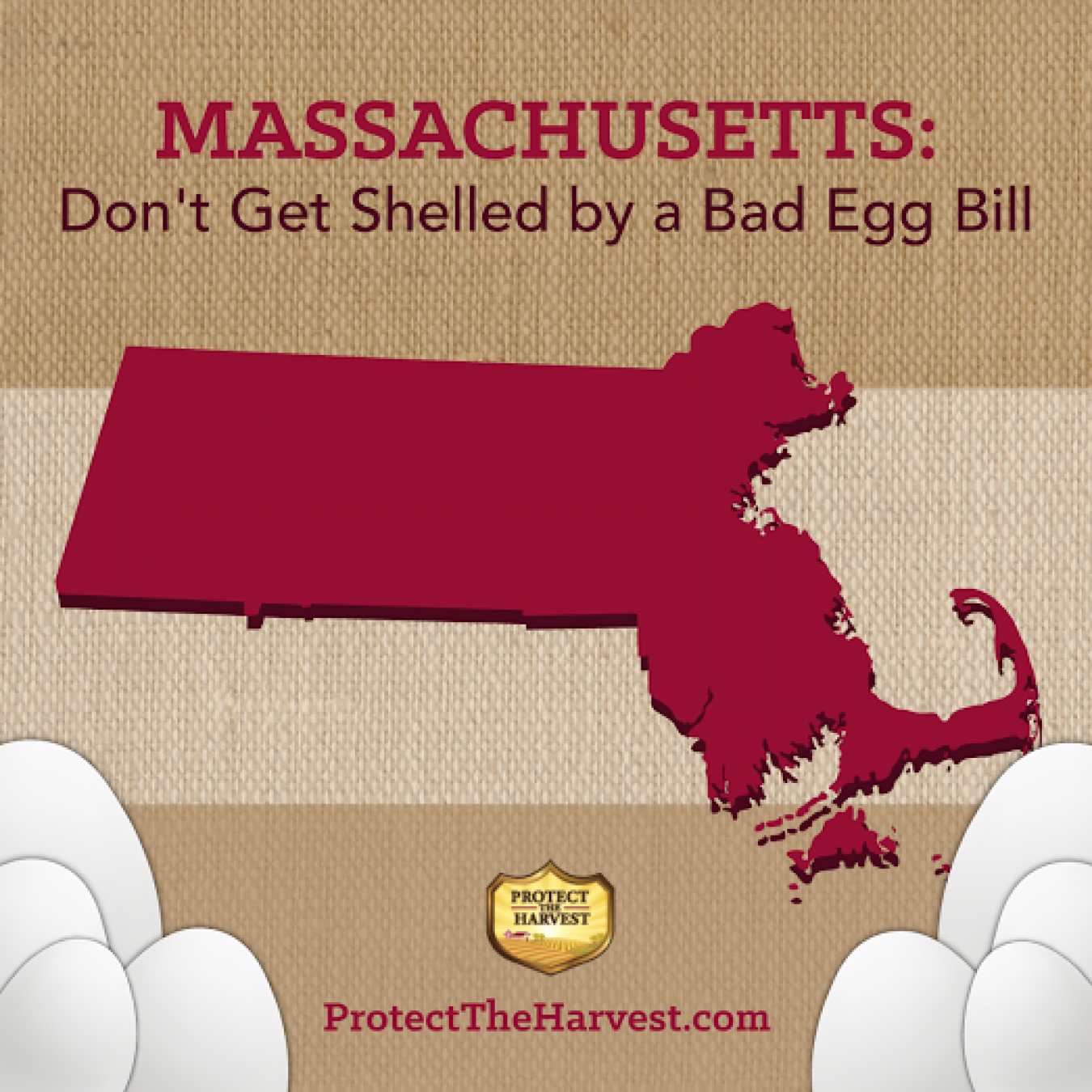 THE MASSACHUSETTS EGG AND MEAT BATTLE

The future is potentially bleak for producers and consumers of eggs and meat in the state of Massachusetts. If activists have their way, voters there would approve a ballot measure in November of 2016 that would eliminate conventional cages for certain farm animals and cause the price of eggs, pork, and veal to skyrocket as producers are forced to upend their entire operations and the cost of doing so is passed on directly to consumers.

According to a recent Boston Globe report, egg prices could increase by over $1 per dozen once the measure takes hold in January of 2022. This measure, supported by a group known as Citizens for Farm Animal Protection as well as Humane Society of the United States (HSUS), has a few more hurdles before it will be officially added to the November ballot, but it is expected to clear those and set up a major battle in the state. Massachusetts’ situation has unsurprisingly drawn parallels to California, where in 2008 a similar bill (Proposition 2) was passed which mandated that all eggs sold in the state would have to come from cage-free chickens or chickens housed in “enriched cages”, increasing the traditional 67 square inches of space required to at least 116 square inches. That bill went into effect in January of 2015, putting a large strain on California producers.

Over the course of the past year, we’ve seen egg prices there increase by almost 25%. Once a low cost source of protein for families, eggs are now too expensive for many families to afford. Of course, this is all part of the strategy for anti-conventional agriculture activists. Regressive food taxes like the Massachusetts proposal punish the less-well-to-do, and radical groups know that by pushing for this legislation they can ensure that prices are driven up so that low and middle income individuals can no longer afford animal protein. It is unclear just how badly this potential bill would affect the market, but its impact will be noticeable.

From the Boston Globe report, Jayson Lusk, professor of agricultural economics at Oklahoma State University, says that based on California’s model, we can expect a significant increase in price if Massachusetts approves this ballot measure.

“Egg prices are going to increase in Massachusetts. I don’t think there’s any doubt about that. The question really is ‘how much?’ ”

Animal extremists will argue that this is a necessary step to take in protecting animals from abusive living situations. However, that argument assumes that these animals are facing undesirable housing and care. Studies have shown that animals housed in cages are statistically safer than in cage-free or “enriched cage” systems. The mortality rates for hens in the latter proves that statement. Their total number of deaths is considerably higher in these systems because of a variety of factors, including predator access, cannibalization of each other, and increased risk of disease. Another issue to take into account is overall air quality. In cage-free and “enriched cage” systems, hens stir up considerably more dust, which contains manure that can elevate ammonia levels. While it is understandable to be skeptical of our food sources, it is another thing entirely to completely distrust those who produce our food and raise these animals.

The last thing a majority of farmers and ranchers want to see is abused animals, both from humane and practical perspectives. It stands to reason, if you want to ensure that you are producing the best product, you’ll make your animals as healthy and happy as you possibly can. The animal rights industry won’t concede that point. It is detrimental to their agenda for them to agree with the notion that farmers and ranchers can be good stewards of the land and of our fellow creatures; it is much easier to simply demonize them. That’s where cage legislation comes into play. By assuming that it is necessary for improvement of animal welfare, you’ve already limited yourself to the opinion that those who raise our food are doing it wrongly. HSUS Vice-President of Farm Animal Protection Paul Shapiro has taken a hard stance against all things animal agriculture. He claims that these measures are necessary to avoid “increased animal cruelty and food safety risks.” But how can his statements be considered unbiased when he has so aggressively vilified farmers and ranchers during his tenure with HSUS?

Two telling quotes from his lifetime:

The apple doesn’t fall too far from the tree, and quotes like these are encouraged from the man at the top of the most powerful animal rights lobby in the United States, Wayne Pacelle. He has created an atmosphere of anti-conventional agriculture that has completely distorted the view of farmers and ranchers in the minds of some in the general public. They will continue in their attempt to sway voters using emotional pleas devoid of fact.

All we have are the facts. Hopefully, Massachusetts voters will learn from the lessons of California and strike down this dangerous legislation. Whatever the reason, be it for the animals, the producers, or the consumers, don’t let yourselves get shelled by bad egg bills.