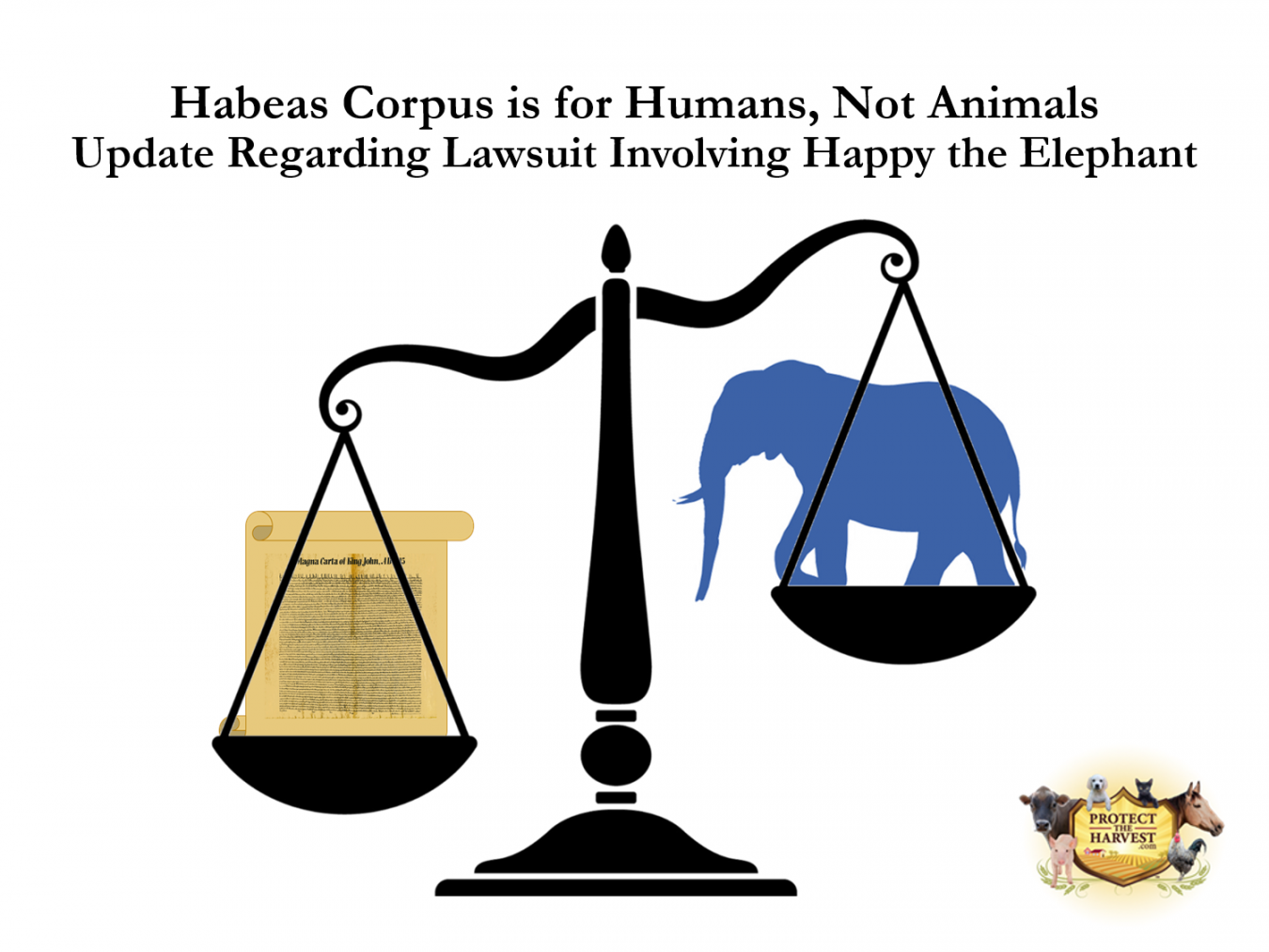 When we last wrote about Happy, the 49 year old elephant at the Bronx Zoo, it was with regard to the Nonhuman Rights Project (NhRP), an animal extremist group whose main goal is to change the status of animals to have the same rights as humans. The NhRP has filed a lawsuit to encourage a judge to award habeas corpus to an animal.

The Ruling
In February of 2020, Judge Alison Tuitt issued the decision to dismiss the habeas corpus petition filed by NhRP on behalf of Happy the elephant who has lived at the Bronx Zoo for 42 years. While Judge Tuitt did not recognize the personhood argument, her decision sympathized with the idea of transferring Happy from the zoo to an elephant sanctuary as being extremely persuasive. In her decision Judge Tuitt commented, “This court agrees that Happy is more than just a legal thing, or property. She is an intelligent, autonomous being who should be treated with respect and dignity, and who may be entitled to liberty. Nonetheless, we are constrained by the caselaw to find that Happy is not a “person” and is not being illegally imprisoned.” While we are pleased with the outcome of the ruling, the judge’s notes are of extreme concern in regard to her viewpoint of Happy and the idea of being entitled to liberty.

What’s Next
In a tweet, NhRP said they would appeal, and so they did.

In July 2020, legal scholar and Harvard Law School Professor Laurence H. Tribe filed an amicus brief in support of a habeas corpus petition filed by NhRP on behalf of Happy. In his brief, using wording from Judge Tuitt’s decision, Professor Tribe writes “Happy is an autonomous and sentient Asian elephant who evolved to lead a physically, intellectually, emotionally, and socially complex life.”

Animal Extremists Are Pushing to Give Animals the Same Rights as Humans
Make no mistake, further litigation is the plan and the result would be devastating to animals. It would eventually cause the closing of every educational zoo and every laboratory conducting lifesaving research that benefits both animals and humans. It would also certainly impact our precious food system and even owning a pet will become a thing of the past.

Habeas corpus is a common law civil right; it was written for the people and by the people. Taking the law out of context to make it fit into the animal world reduces the significance of our human civil rights. Habeas corpus was written into our Constitution by our forefathers to protect human beings. Animals were and still are considered a person’s property and thus do not need protection from imprisonment.

The ability for an animal to possess habeas corpus would imply that they are persons and can participate in a social contract. However, animals are unable to be held legally liable for their actions. Even if an animal, such as a chimpanzee, has some human-like traits, that does not make the animal a person. Habeas corpus for animals brings rise to a number of questions:
• If an animal were to be awarded habeas corpus, where would the line be drawn for future cases?
• What is to stop animal rights extremists from litigating further?

We at Protect The Harvest will continue to follow this legislation and keep our readers informed on this latest threat that animal extremists are launching.

Prev Article
Chris Pratt Under Fire Again
Next Article
The U.S. Has A Dog Shortage - Article By Pet Product News