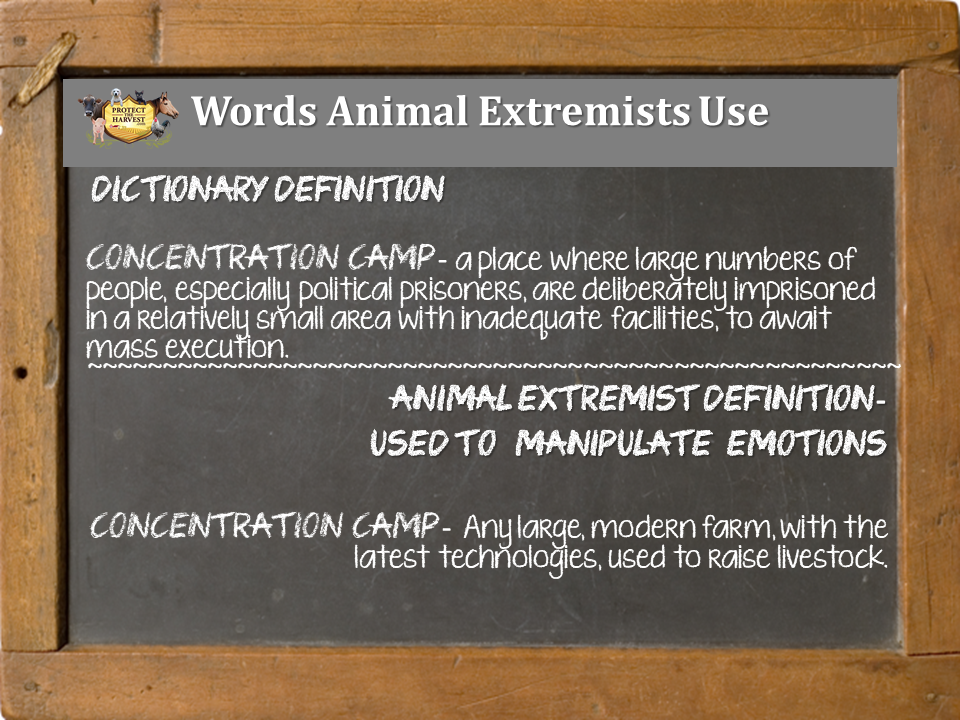 Concentration Camp: A highly volatile term whose definition is “a place where large numbers of people, especially political prisoners, are deliberately imprisoned in a relatively small area with inadequate facilities, to await mass execution.” No American soldier involved in freeing the Holocaust survivors from Auschwitz and other Nazi concentration camps will ever forget the horror they felt for those individuals. The atrocities performed on a group of humans due to their religion should never be diminished in any way, and yet, PETA’s own Ingrid Newkirk did that by stating:

“Six million people died in concentration camps, but six billion broiler chickens will die this year in slaughterhouses.” (As quoted in Chip Brown, “She’s A Portrait of Zealotry in Plastic Shoes,” Washington Post, November 13, 1983 p B10)

Animal extremists have taken that comment by Newkirk and expanded it by comparing large modern farms, with the most advanced technologies, including temperature-controlled barns, biosecure facilities, portion-controlled rations so that all animals are able to get their allotted amount of carefully balanced ration and other high tech amenities, with the squalid, cramped, filthy quarters of a concentration camp where human beings were starved, beaten, and exterminated.