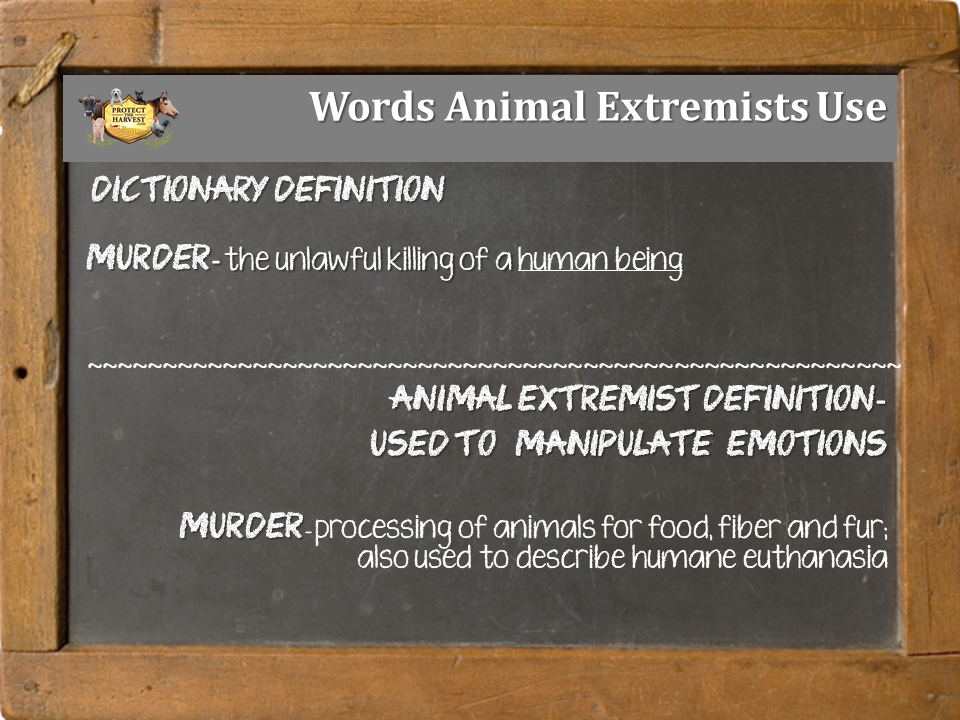 What’s In a Word?

Murder: according to the dictionary, is the unlawful killing of a human being with malice aforethought. That makes sense to rational people. It’s the Fifth Commandment; in fact, murder has been around since humans began to walk this earth.

Animal extremist groups use the word to describe animal processing, hunting, fishing, and have even included humane euthanasia in their version of the definition.
Why do they do that? It’s all about emotionally blackmailing kind-hearted people to believe that it is wrong to use animals for food, companionship, fiber, or fur.

Extremists believe that animals are equal to humans and share the same rights, which means that any processing of animals is “malice aforethought” in their lexicon. Make no mistake, the extremists have an agenda, and they are pushing for an end to ALL human/animal bonds.