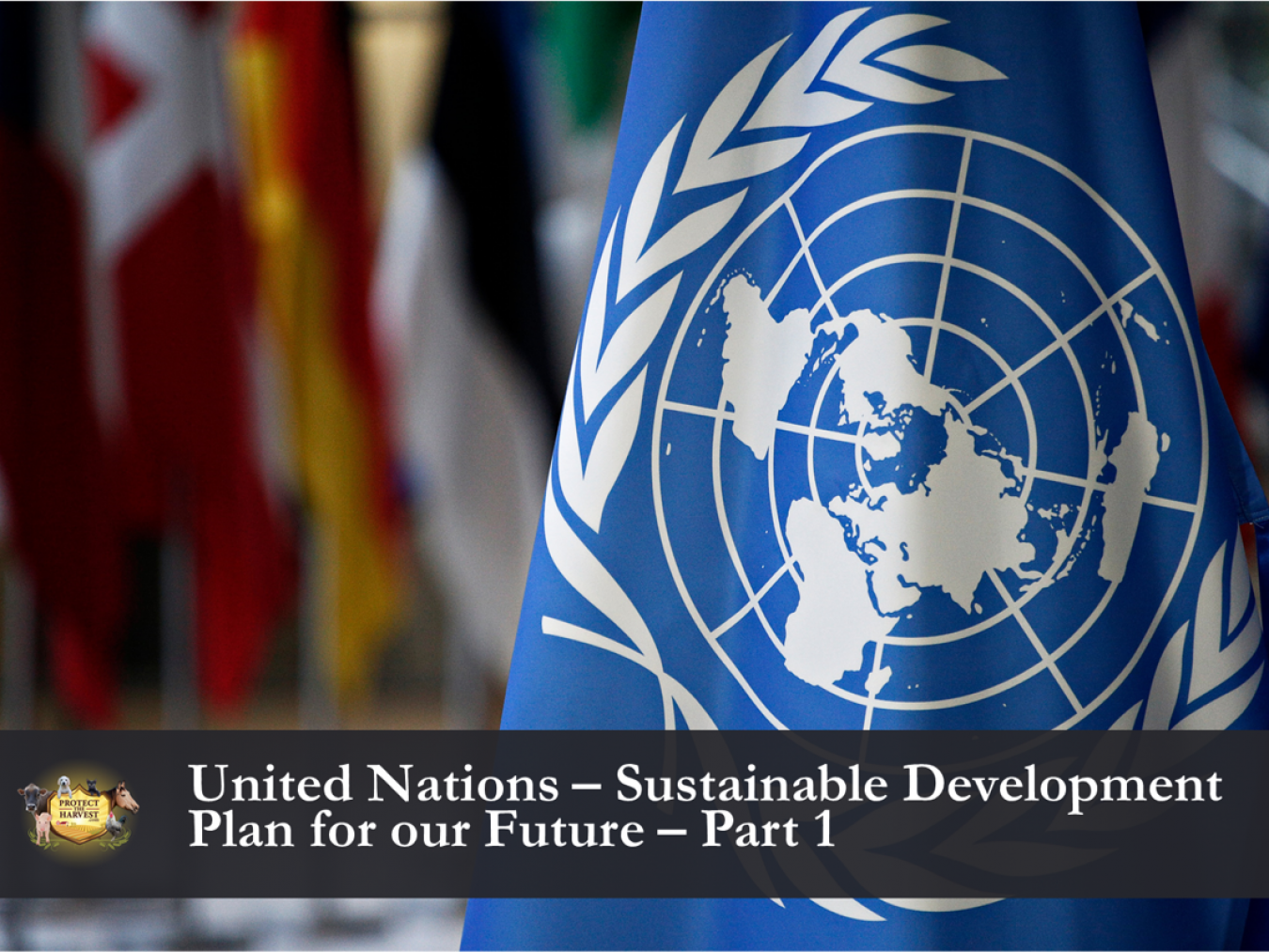 In 1992 billionaire industrialist Maurice Strong hosted the United Nations Conference on Environment and Development, also known as the Rio Accord or Earth Summit. In one of his speeches Strong asked, “Isn’t the only hope for this planet that the industrialized civilization collapse? Isn’t it our responsibility to bring that about?” Strong words indeed; especially considering Strong made his fortune in the environmentally controversial oil industry of the 1950’s and 1960’s.

Maurice Strong was born in 1929 and had a front row seat to the Great Depression. Strong dropped out of school at the age of 14 and was an admitted radical socialist early in life. Strangely enough, his second job was with the United Nations. Throughout Strong’s success in the Oil Industry, he maintained connections and influence with the UN by advising on environmental policy, attending meetings with high level officials, and holding various appointed positions even though he held no practical knowledge in environmental studies. He only understood how to extract resources from the earth and how to become very rich while doing so. It is also important to note that known activist and communist sympathizer, Anna Louise Strong, is his cousin.

Mr. Strong’s list of businesses were interesting to say the least; one in particular was called American Water Development (AWD). AWD’s sole intent and purpose was to pump ground water, depleting stores in one region, and selling that area’s water to a more populated area. During a lawsuit brought by citizens of the area Strong was pumping from, in which they challenged AWD’s right to reappropriate natural resources, Strong left AWD knowing he was in a losing battle. How does a man who tried to make money by manipulating the environment end up leading the United Nations’ Earth Summit in 1992?

The Rio Accords were agreed upon by 158 countries at that Earth Summit and set in motion a top-down edict with a road map using a grass roots approach of implementation. In the name of “sustainable development” and environmental responsibility, non-governmental organizations were formed in order to advise a way of living leaving Mother Earth better than how we found Her. What was not being communicated was the ultimate goal of the United Nations and through its powerful appointees like Maurice Strong. That goal was, and still is, a global socialist government. The means by which they’ll accomplish that goal will be the systematic end of privately-owned land, freedom of consumption, and personal wealth.

It Is Not Theory When It is Happening

The United Nations Sustainable Development goals are easily visible if one takes the time to comb through the Rio Accords. Three hundred fifty-one pages lay out the exact means by which Non-Governmental Organizations (NGOs) can coerce individuals into giving up their land, their wealth, and their rights. NGOs don’t have elected officials and lack the representation set forth in the United States Constitution. Instead, they use moral high ground and virtue signaling to manipulate power for a perceived greater good.

Maurice Strong was a board member of the HSUS for many years. Therefore, it is no surprise that the Humane Society of the United States (HSUS) is one of the NGOs working to manipulate the public to implement a hidden agenda. HSUS makes hundreds of millions of dollars per year via appeals to donors by showing sorrowful pictures of animals in distress. They use that money to start campaigns that have nothing to do with the dogs and cats they show in their commercials.

NGOs Are Making Headway in Implementation

There are similar and interconnected groups like People for the Ethical Treatment of Animals (PETA), the American Society for the Prevention of Cruelty to Animals (ASPCA), and many others that subscribe to the same ideology. Their collective resumes include pushing reasonable poultry production out of California, Oregon, Washington and Massachusetts, along with eliminating rodeo and rodeo like events in several cities throughout California and all of Napa County. They’ve even successfully removed safety equipment for sows while they are giving birth.

The multi-pronged approach includes making animal protein unaffordable and preying on inexperienced voters to do the work outlined in the United Nations Plan for Sustainable Development. In 2021 there are two proposed ballot initiatives being pushed and backed by animal extremist NGOs in Colorado and Oregon that will essentially wipe out animal agriculture in those states. Clearly the UN’s ultimate goal is to end animal ownership completely and change human caloric consumption to plant based only.

There are environmental NGOs that are working to establish wildlife corridors, reintroduce dangerous predators, restrict land and water use, and essentially “rewild” ranching communities. Consider groups like the California Coastal Commission. Half the Commissioners are appointed by left leaning “progressive” elected officials. The remainder are elected from the area the commission regulates. This commission requires permitting for anything that touches the coast up to five miles inland and three miles off the coast. They even have regulatory powers over federal activities in that area. What the commission isn’t transparent about is the standard the permit holder must abide by. They have come up with ideas like rejecting property owner’s building permits because the dream home they’ve saved their entire lives for, will obstruct the coastline view from boaters passing by. If the target is being constantly moved, their power becomes limitless.

The HSUS and other radical NGOs are helping the United Nations implement their plan and it is all by design.

Specifically stated in Goal 14 of the Rio Accords, they intend for the signing nations to ensure “people’s participation and promoting human resource development for sustainable agriculture.” They believe, “The greater the degree of community control of the resources on which it relies, the greater will be the incentive for economic and Human Resources development.” This sounds good on it’s face, but we know by the UN’s track record that this actually means the UN is making arguments and encouraging government control over resources. The resources, such as land, water, and energy, are used by agricultural industries and if they control them, then they control the food.

Remember, Strong called for a complete industrial collapse in order to save the environment. Strong also implored the 158 nations that adopted the Rio Accords to make it happen. How? More power and less individual freedoms.

Strong knew that stripping landowners of their property and redistributing wealth from law abiding citizens would be an uphill battle. Just two years before the 1992 Earth Summit introducing the Rio Accords, the United Nations founded the International Council for Local Environmental Initiatives (ICLEI) during the World Congress of Local Governments for a Sustainable Future. Yet another NGO, ICLEI would set forth a template for cities and municipalities to do the work of Strong and the UN.

ICLEI is a member-based nonprofit organization with 400 global employees. Being an NGO and not having any official governmental ties, ICLEI has no “official” power. The power instead lies within its members. The members are elected officials who espouse ICLEI’s and the UN’s ideals and then implement them on the local level.

Initial membership numbers were few as the organization built goals and honed ideas in the name of sustainability until the Earth Summit in 1992. Memberships would never include entire nations, so leaders of each government went back to local governments offering guidance in the way of cut and paste templates to move the agenda forward for ICLEI and the UN. During the housing crisis of 2007-2008, ICLEI membership doubled. When money was not available to municipalities through traditional means of permit fees and local tax revenues, ICLEI offered ways for these government agencies to extract more revenue from already suffering taxpayers and citizens.

Perusing ICLEI’s website, one is hard pressed to find actionable items amongst the flashy graphics and buttons that click through to another pretty page on their seemingly endless website. After page long individual biographies of the ICLEI leaders in the 2018 World Congress papers, a reader will find the Montreal Commitment and Strategic Vision and corresponding Action Plan. Alarming statements can be found throughout this writing like this:

“As our cities rise, grow and change, so do the demands on our finite natural resources, thus further reinforcing disparities in our communities across the world.”

“Therefore, the only way forward is to urgently reverse this trend and drastically re-orient the patterns of our daily life, our built environment and the natural systems in and around our cities.”

Reading those two sentences, it becomes clear that ICLEI’s goal and the commitments made in Montreal rely on citizens being regularly reminded that they will never do enough to satisfy the lofty and unavailable goals set forth by ICLEI and the UN’s elites. That is the plan – to keep good people on their heels, to appeal to emotions and to keep moving the goal posts. These goal posts will move until, like a Trojan Horse, the UN systematically controls the citizens of the globe without a single person voting for or agreeing to a global socialist government.

A Future Worth Fighting For

In the coming weeks, we intended to decode and demystify what the UN has been doing over the last forty years. We intend to arm our readers with the knowledge necessary stop this where it starts – on the local level, and to stop an elite few in their tracks. We know this is a battle worth fighting for the generations to come.