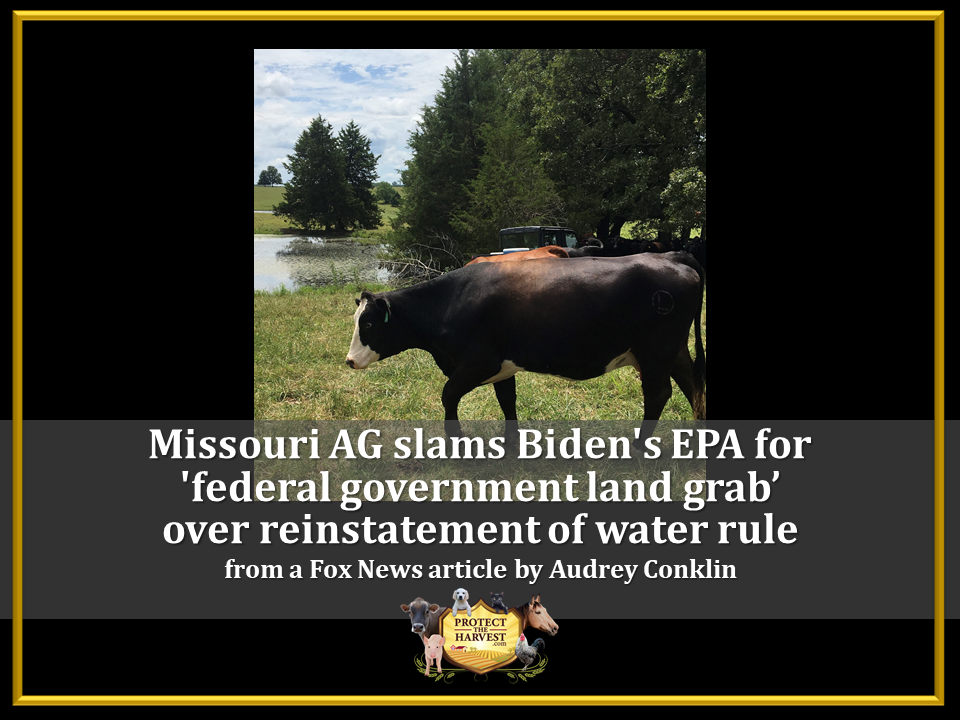 President Biden's EPA and the Army Corps of Engineers announced last week their plans to redefine former President Obama's Waters of the United States (WOTUS) rule, which led to government overreach due to its confusing definition of what navigable waters subject to federal regulations under the Clean Water Act of 1972 are. Missouri Attorney General Eric Schmitt has written a letter to the Biden administration condemning the EPA's "federal government land grab."

"Missouri’s farmers and ranchers have been tending to their land for generations. They don’t need another federal government land grab threatening their livelihood and ability to make a living," Schmitt said in a Tuesday statement. "President Obama’s Waters of the United States rule was a disaster for Missouri’s farmers, ranchers, and small businesses."

Full article can be found HERE