OP-ED FROM CHAIRMEN OF THE WESTERN CAUCUSES ON OBAMA-BIDEN WATER RULE – HERE'S WHY WE MUST STOP THIS OVERREACH... AGAIN 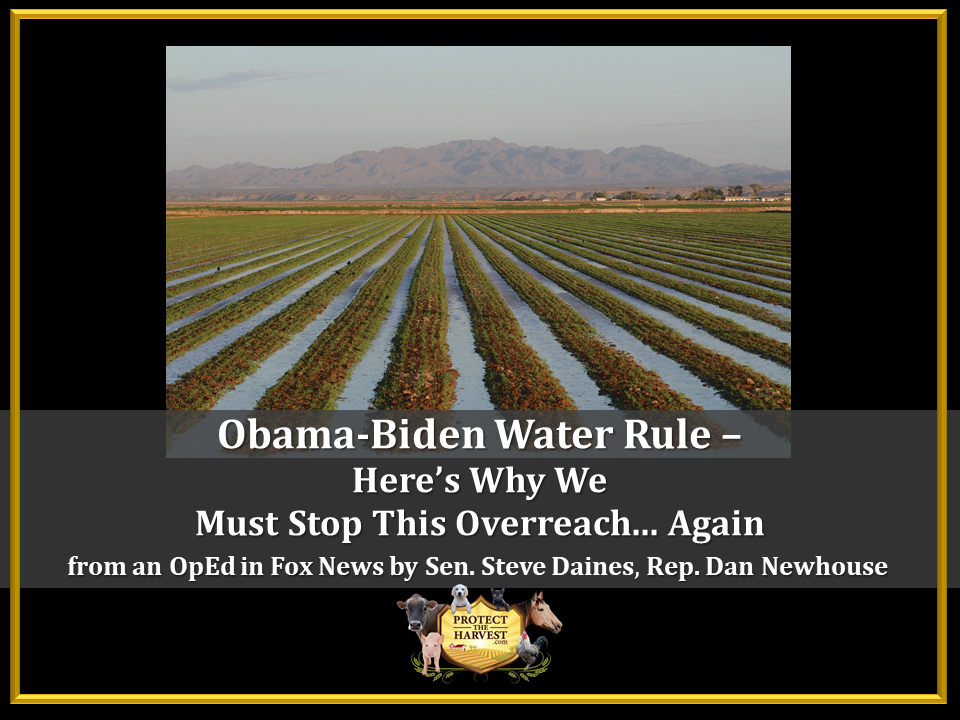 Sen. Steve Daines and Rep Dan Newhouse, chairmen of the Senate and Congressional Western Caucuses, stated in a recent Op-Ed their position on the Biden administration to revoke the Navigable Waters Protection Rule put in place by the Trump administration.

As the respective chairmen of the Senate and Congressional Western Caucuses, a group of members who work to lift the voice of the rural West in Congress, we have a vested interest in how the federal government’s regulations impact water, agriculture and natural resources across the country – especially when these regulations burden the rural communities we represent.

The "Waters of the United States" (WOTUS) rule by then-President Obama and Vice President Biden was a drastic land and water grab that sought to give unprecedented power to unelected bureaucrats in Washington, D.C., at the expense of farmers, ranchers, small business owners and the American people.

"This isn’t just partisan rhetoric – the courts ruled that the 2015 definition was more expansive than the statute and the Constitution allow.

WOTUS provided none of the clarity and certainty it promised. Instead, it created confusion and put landowners at risk by giving federal agencies almost unlimited authority to regulate – at their discretion – any low spot where rainwater collects. This included common farm ditches, streams, small ponds, creeks and isolated wetlands found on and near farms and ranches across the nation – no matter how small or seemingly unconnected they may be to true "navigable waters."