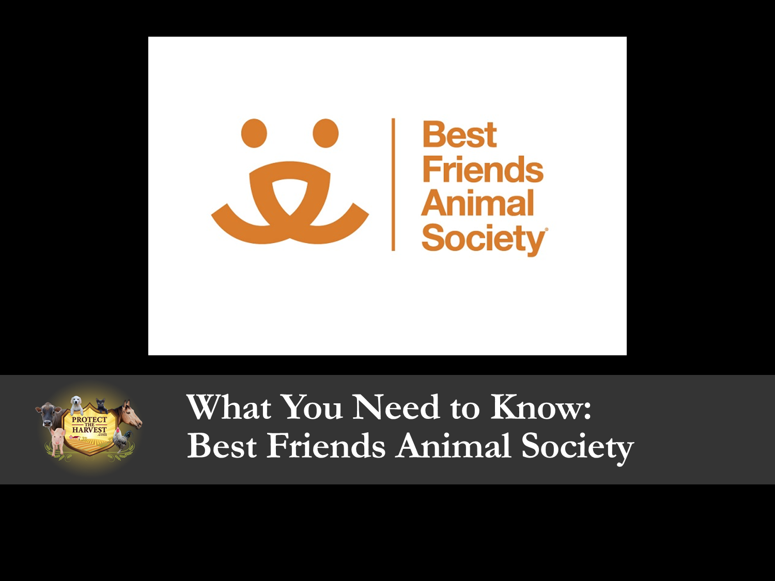 Unmasking Best Friends Animal Society: Extremists with a Shady Past

Despite its cuddly exterior, the Utah-based animal extremist group is actively working to restrict the freedom to own pets. As a part of this, Best Friends is helping to push legislation that would ban the sales of puppies at pet stores in Utah. This proposed legislation is ignoring the fact that Utah pet stores are lawful and fully compliant with USDA regulations and inspections.

Best Friends has been at the forefront of the “No Kill” and “Save Them All” shelter movements since its founding in 1984. With very competent staff with experience promoting and building organizations on the national and global levels, the impact of Best Friends is notable. In addition to their grassroots effort, they boast having both corporate and celebrity partnerships and support.

“United in the belief that all life has intrinsic value, the founders worked to put aside personal ambition and ego to stay true to the goal of ending the killing,” reads the organization’s website. “The result was something far greater than they had hoped — a better life for themselves and those with whom they shared their values.”

Don’t think this group will stop with one state. A powerful force in the animal extremist movement, Best Friends envisions a world without breeders and pet ownership. To understand the true intent of this group; the best place to start is from the beginning. What lies below the surface is worthy of concern to say the very least.

Church of The Process – A Religious Cult

Best Friends has ties to cult-like religious roots. In marketing materials and historical narratives, the deeply embedded religious and spiritual connections and beliefs of the founders are notably absent. However, a deeper look into the individuals shows up some noteworthy backgrounds.

Two of the key Best Friends founders, Michael Mountain and Faith Maloney, were reportedly members of the mysterious The Process Church of the Final Judgment also known as “The Process.” This cult-like group was based upon the ideologies of L. Ron Hubbard, the founder of Scientology and was started by breakaway scientologists.

As the dedicated group of followers grew and developed, they eventually made their way to the U.S. where Best Friends would eventually set up shop in Utah in 1984. For unknown reasons as The Process was growing and evolving, they took on a keen interest in dogs. The cult considered dogs as having a sort of spiritual power that could detect the apocalypse and dogs were suitable for use in gruesome ritual sacrifices.

One of The Process’s original founders, Mary Ann de Grimston (MacLean), would remain in closely in contact with the Best Friends cofounders who got their start by following her cult. There are even reports that one of the Best Friends founders had ties to the infamous cultist and mass murderer Charles Manson.

"…In March 2004, the Rocky Mountain News outed the people running Best Friends Animal Sanctuary in Kanab, Utah, as The Process (church) in its latest incarnation. The "Cone of Silence" had been raised, and the Best Friends management felt the need to 'fess up. A few days later, Best Friends added a section to its website, mostly written by Michael Mountain and giving their own version of the past,” says an anonymous former Best Friends Sanctuary worker and member of The Process.

Not all of Best Friends’ skeletons are buried in the past. In the present day, they are also tied to a long lineup of other animal extremist groups.

Board member Lona Williams has served local animal extremists in Los Angeles and Wyoming, Notably, she was also associated with the Humane Society of the United States (HSUS). The Chief Experience Officer, Sue Citro, has previously worked for the Nature Conservancy in Latin America and Asia. Citro also worked with various extremist groups to put on “the first animal welfare thought leadership summit.” The Chief Development Officer, Valerie Dorian, has also previously worked with the Nature Conservancy.

Best Friends Sanctuary was originally based on 3,700 acres in Knab, Utah (Kane County). In 2020, they paid nearly $6.3 million to acquire over 1,600 acres of state-owned land with potential to be developed into a sand quarry. Multiple officials and supporters of the quarry were displeased with this arrangement, noting that the acquisition ruined any other potential for the land, including being used for hunting or outdoor recreational purposes in the community.

One Kanab Councilwoman, Celeste Meyeres, argued, “It is the big company coming in and buying all the land like an environmentalist land baron. I feel like a sharecropper in my own town.”

There are also allegations that Best Friends could be misusing a “conduit bond” to fund the massive purchase. Officials are demanding that Best Friends either cancel the sale outright or at least make the minerals on the property available for proper extraction to the financial benefit of the community.

Meyeres, an outspoken critic of Best Friends, has also pointed out that most of all the sanctuary’s 400+ employees are all hired from out of state. This is one of the many examples which have led local leaders and others to believe that the group seems to be more interested in growing their business and promoting their agenda than supporting their local community.

“They don’t have an appreciation for the locals and respect for our values and traditions. We are the most reliably conservative county in the state if not the nation,” Meyeres said in an article. “The people who work there embrace Best Friends’ agenda, which is environmentalism and animal advocacy.”

Despite its size and recognition, Best Friends only has a two-star rating on Charity Navigator with a score of 79.91. Much of this is due to less than stellar financial management.
Best Friends collects nearly $100 million per year in donations.

The company’s 2016 tax return revealed that it owned not one, but two private planes for employee travel. They mention these are also used for “animal rescue” but give no indication as to how the flight time is actually utilized.

There have been striking conflicts of interest in Best Friends’ organizational history. At the time of the 2016 filing, then CDMO Julie Castle, was married to the board chair and CEO Gregory Castle. Julie Castle has since been elevated to CEO and remains in that role today with her husband still serving on the board.

In 2019, Julie and Gregory received a compensation of $238,330 and $210,226. This is notable as Gregory, who is listed only as CEO Emeritus/Board Member, received the second highest salary only after COO/CFO Stephen Howell, who earned $254,644 that year. According to the National Council of Nonprofits, “Charities should generally not compensate persons for service on the board of directors except to reimburse direct expenses of such service.”

As is the case with prior years, in 2019 Best Friends spent nearly half of their spending on executive compensation, fundraising fees, and other salaries/wages.

Spending Donor Dollars Outside the Organization

Best Friends also shares their spoils with other extremist groups. In their 2020 Annual Report, lists $7,895,826 in funding to “network partners and other animal welfare organizations.” They also cited working with California Governor Gavin Newsom to end the retail sales of dogs, cats, and rabbits in his state as a “win.”

One former veterinarian, Dr. Dora Csuha, recently came forward about pregnancy discrimination and FMLA violations that she experienced. When she began her work with Best Friends, Dr. Csuha was praised and swiftly earned a pay raise.

However, when she notified her boss that she would need maternity leave in the near future, she was told she’d need to wait another three months. She again made the request same request months later, with leave set to begin on March 17, 2018. Two days before her leave she was promptly fired over the phone.

Dr. Csuha is suing Best Friends over these violations. Interestingly, there is another lawsuit pending against the group by Harris County, Texas but details have not yet been released.

Best Friends is a classic case of why mega, multi-million dollar “nonprofits” and animal extremist groups need to be evaluated with a critical eye. As always, it is safer to donate directly to local shelters to ensure that your hard earned dollars are actually doing what you expect – helping animals in your community as opposed to paying for massive salaries, luxurious perks like two airplanes, and questionable human resources management.