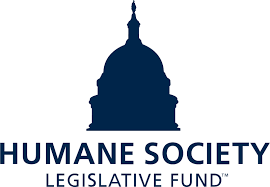 Humane Society Legislative Fund (HSLF) is the legislative arm of the HSUS, sharing offices in Washington D.C. The HSLF spends millions of dollars to alter public policy and influence people they call “thought leaders” via campaign donations.
The HSUS and their legislative arm, HSLF, spend massive amounts of money to buy new laws and regulations and influence lawmakers. They are working to restrict the rights of farmers, hunters, entertainers and animal owners.

Links to more information about the Humane Society Legislative Fund:

It’s no wonder that the Humane Society of the United States (HSUS) has had trouble impressing charity watchdog organizations like Charity Navigator, which has consistently downgraded their charity rating and often issues donor advisory warnings.

If you gave to the Humane Society of the United States (HSUS) thinking that you were actually helping your local animal shelters and rescues, it is important to know that it is highly likely your donation dollars did not end up where you intended. Instead, if the goal is to help animals in your community, we recommend considering supporting local shelters who actually provide hands-on care and shelter for animals.

You can find a local shelter over at the Humane Society for Shelter Pets: https://www.humaneforpets.com/the-problem/

The HSUS is well-known for practicing unscrupulous tactics in order to push their animal extremist agenda. Some of their activities are listed here:

The HSUS was sued for racketeering (RICO Act) for their unending harassment and lawsuits against Ringling Brothers Circus. They paid $190,000 to a false witness to lie about the care performing animals receive. Feld Entertainment, the parent company of Ringling Brothers, prevailed in the lawsuit and received a combined settlement of $25,000,000 from the HSUS, ASPCA, PETA and their affiliated organizations. It is important to note that the funds to pay for the lawsuits, paying the false witness, and settlement came from funds donated by people who believed they were helping shelter animals in need.

It is well known that the HSUS sends operatives to seek employment at farms, ranches, and animal breeding facilities so they can gather information and capture images and videos. They instruct these people to send information back to their superiors who then manipulate images and video in order to present them out of context. There are even cases where the HSUS has sent in operatives to set up unsuspecting employers.

Here’s a video from HumaneWatch entitled “HSUS Whistleblower Tells All”

The HSUS has become a master at presenting and spreading misinformation in order to push their agenda. They are especially clever in the way they have coined new terms and attempted to make other descriptive words like “efficient” sound like it is something bad. Another example is how they name and write legislation to make it difficult for the public to fully understand the far-reaching consequences of their votes. Additionally, the HSUS spends tens of millions each year on advertising and marketing. They have a massive online presence including front websites that eventually lead people to their donation pages.

To learn more about the HSUS visit:https://www.activistfacts.com/organizations/136-humane-society-of-the-united-states/

Article - How the HSUS is infiltrating Public Schools to influence children