WHAT YOU NEED TO KNOW - RETAIL RESCUE Over the last several years, animal extremist groups have been pushing legislation across the country that are direct attacks on USDA licensed and inspected breeders. Their campaigns are full of disinformation about pet population numbers, demand for pets in the US, as well as commercial breeders. These groups have spent hundreds of millions spreading egregious and false information to distort the public’s perception of dog breeding. In the meantime, they are pushing for regulations that will further fill their pockets by encouraging municipalities to only allow the sale of “rescue” pets.
In order to understand the motivation behind these actions, it is important to learn about the ideology and agenda of these groups. They are not looking to protect dogs or improve welfare. Groups which push the false narrative that dog breeders are bad, believe that animals in human care are akin to slaves and therefore are being treated in an abusive and cruel way. Their goal is to end animals in human care. 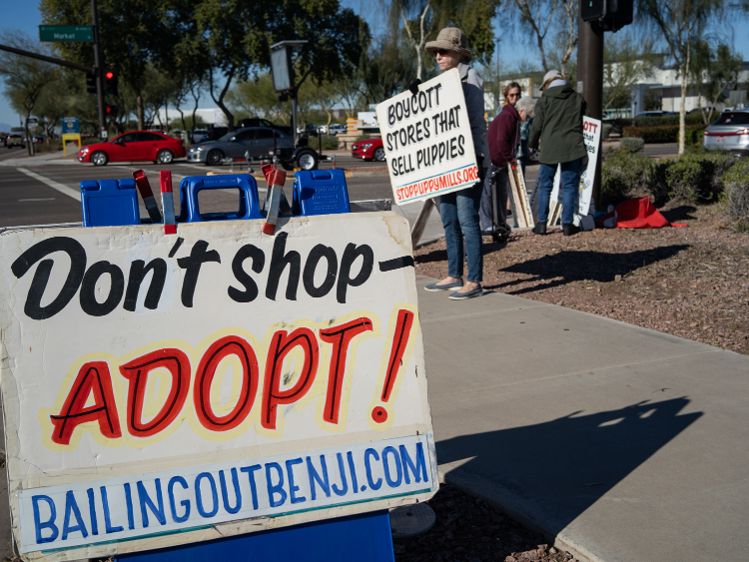 All Pet Breeders and Pet Owners are Threatened

Since these groups will not receive support from the public if their true ideology and agenda is revealed, they seek to implement their goals in a variety of ways. In regard to pet breeding, they are taking a multi-prong approach. They are seeking to make it difficult for the public to obtain a pet of their choice, and are pushing pet breeders out of business via ordinances, regulations, and downright harassment.
Most concerning is that the push to eliminate access strips consumer protections offered by USDA breeders. It strips away health clearances and, in some states, pet protection policies. These policies are in place to protect both the new owner and the puppy. If a pet falls ill when it is first taken to its new home these policies refund the purchase price and veterinary care. Most importantly, dogs from USDA breeders of purebred dogs are true to their breed. This allows pet owners to make the right choice in finding a pet for their lifestyle, instead of guessing the size and activity level of a dog from unknown history.

According to the America Veterinary Medical Association (AVMA) publication of 2017-2018 Pet Ownership & Demographics Sourcebooks there are over 48 million American households that own dogs and those households own more than 76 million dogs. The replacement number for dogs in those households due to health, accidents, and old age is around 8,000,000 per year (12%). Despite the disinformation from animal extremist groups about commercial breeders being responsible for pet overpopulation, commercial breeders are only supplying 450,000 new puppies per year. Simple math shows that commercial breeders only provide 5% of the needed number of replacement dogs. This does not include the number of new first-time pet owners each year.

The Dog Shortage is Real

“The Dog Shortage is Real” is the title of a 2019 article published in Today’s Veterinary Business. This article directed towards veterinary medicine addresses the dog shortage:
“We have a shortage of dogs in America despite the impression created by TV ads about overcrowded shelters. Yes, certain shelters (often rural or in challenging urban locales) still have too many dogs, but most of the United States is experiencing a shortage, and would-be adopters scramble each weekend to find an adoptable dog.”
This article addresses the shortfall provided by commercial and hobby breeders and the growing issue of dogs being imported from foreign countries with no animal welfare oversight. 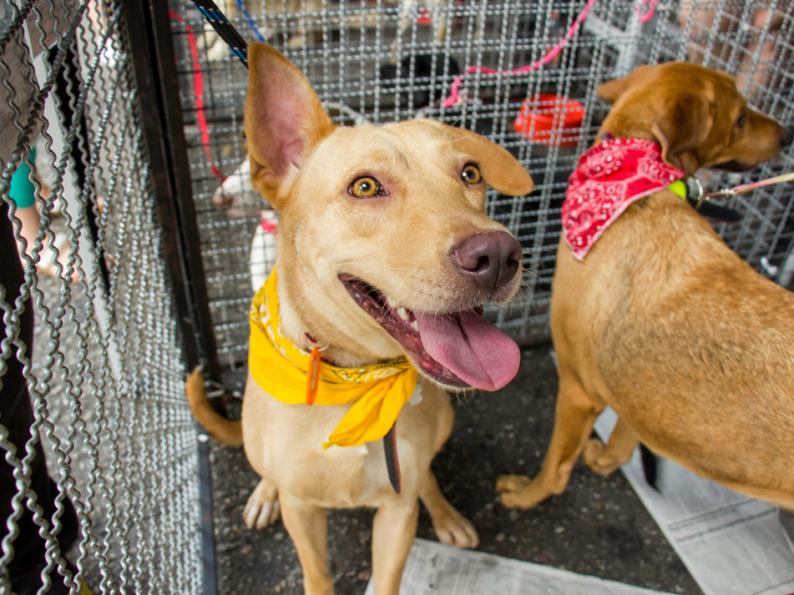 California was one of the first states to outlaw public access to dogs sourced from lawful businesses where both the pet and the owner were protected by USDA regulation and inspection. The law was passed in 2017 and since then then there has been an explosion of outlets selling “rescue” dogs.

• Dogs are “rescued” and then sold for an “adoption fee” in a retail store font
• High income due to high prices for “rescue” dogs which come with no health and welfare protections for the dogs and the owners
• Tax free due to false “non-profit” status
A recent study (2017) of Southern California rescues and shelters shows some alarming data:
• 643 rescue and shelter groups in Southern California were reviewed.
• Non-reporting, non-registered, delinquent, or suspended groups reduced that number to 486.
• 296 organizations showed annual income on their IRS 990 forms over $50,000, for a total of $251,807,644.

That number above is not a typo. Keep in mind these figures apply to Southern California alone and that number is just a total from the groups that actually filed tax returns. 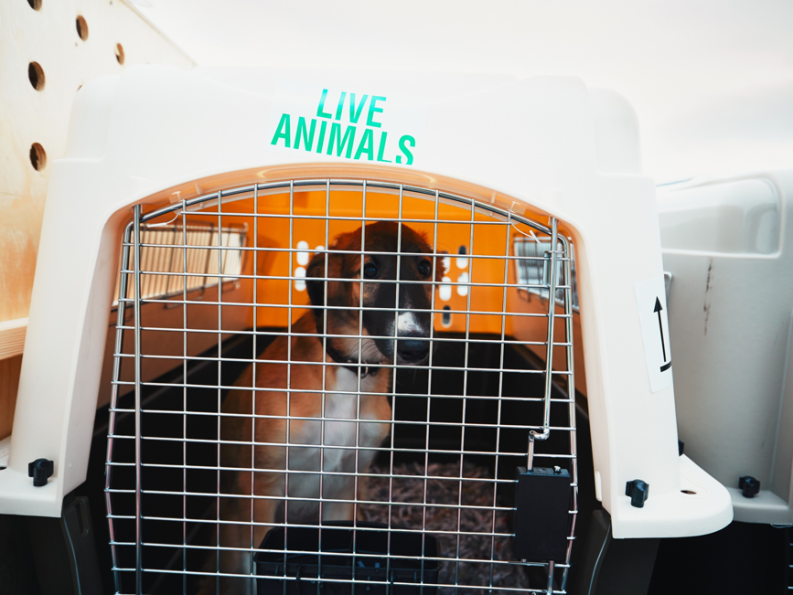 The shortage of adoptable dogs is not a new issue as some claim and blame on the COVID 19 surge of new dog owners. A 2015 article published by National Public Radio titled, “With Rescue Dogs in Demand, More Shelters Look Far Afield for Fido,” outlines the fact that animals are being transported across the country to meet demand as well as being imported for overseas. The article states, “In several parts of the country, shelters now import dogs for adoption from other regions — even other countries.”

A 2021 article titled “The Great American Dog Shortage” outlines the ongoing issues from disinformation about dog breeding to the health risks imported dogs pose. The article states that approximately 1 million dogs are imported from foreign countries every year. “Goffe and Strand say notions that shelters are overcrowded or that it's wrong to get a dog from a breeder are outdated. Today, it is primarily sick or dangerous dogs that are euthanized — and when you "rescue" a dog from a shelter, the animal may simply be a foreign import that was brought to the U.S. to slake demand.”

Unfortunately, this is a cause for concern; rescue dogs from other countries may be more prone to being poorly socialized, aggressive, and/or fearful. Some of these imported dogs are bringing diseases that previously were eradicated from this region. In addition to this, foreign dogs have been imported that have exposed American dogs to new strains of disease. In 2017 there was an outbreak of Asian strains of Canine Influenza in the Los Angeles area and since then, additional dogs have been diagnosed with the disease. There was also a deadly outbreak in the Midwest that was traced back to the importation of Korean dogs. In addition to new strains of disease, a number of dogs have been imported with rabies, a deadly zoonotic disease. 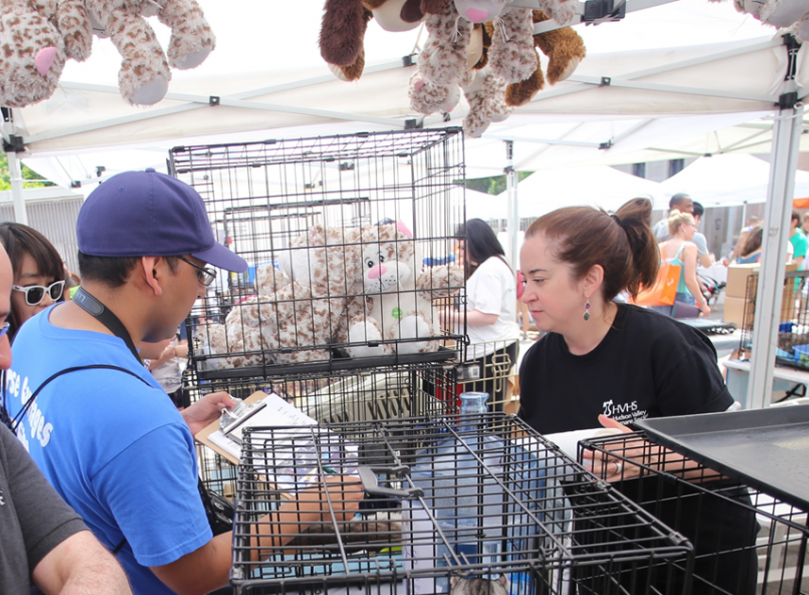 The demand for dogs is so high that “rescues” are charging premium prices, in the thousands of dollars for dogs with unknown breeding, health, and behavior history. Due to the high demand, some rescue groups have become ridiculous in their requirements for adoption. The adoption gatekeeping issue has become such a problem that is not uncommon for veterinarians and licensed veterinary technicians to even be turned down as a suitable home. The article states, “…in 2017, researchers at the College of Veterinary Medicine for Mississippi State University published a study reporting that the availability of dogs in animal shelters was at an all-time low. That is …an environment that leads to a kind of irrational, competitive behavior. The recuse mutt had become not just a virtue signal but a virtue test. Who was a good enough human being to deserve a dog in need of rescuing?”

It is Not Easy to Obtain a Purebred or Rescue Dog, Therefore Pet Stores Offering Puppies Provide a Choice and Service to American Families

We support Americans having the right to choose where their next animal comes from. Puppies from pet stores come from USDA licensed, inspected, and regulated breeders. The claims that every puppy that comes from a pet store is unhealthy is simply untrue and strategic disinformation from groups vying to end animal ownership. Animals can get and do sick. Sick animals, or animals that need medical care, are an everyday occurrence and are what keeps veterinarians and animal hospitals across the country in business. Pet store puppies come with guarantees and assurances protecting both the puppy and the new owner. Conversely, rescue dogs do not come with the same guarantees or protection, especially dogs from unregulated breeding facilities in foreign countries.

Don’t get us wrong, Protect The Harvest supports local shelters in their quest to rehome animals in need. Many on our team have adopted animals in need of homes. We also support the breeding and selling of purpose-bred animals. We support dog breeding including, hobby breeders, breeders in the fancy, and commercial dog breeders.

It is time to stop the disinformation campaigns from groups pushing egregious laws, ordinances, and regulations which only serve their own ideologically based agenda.