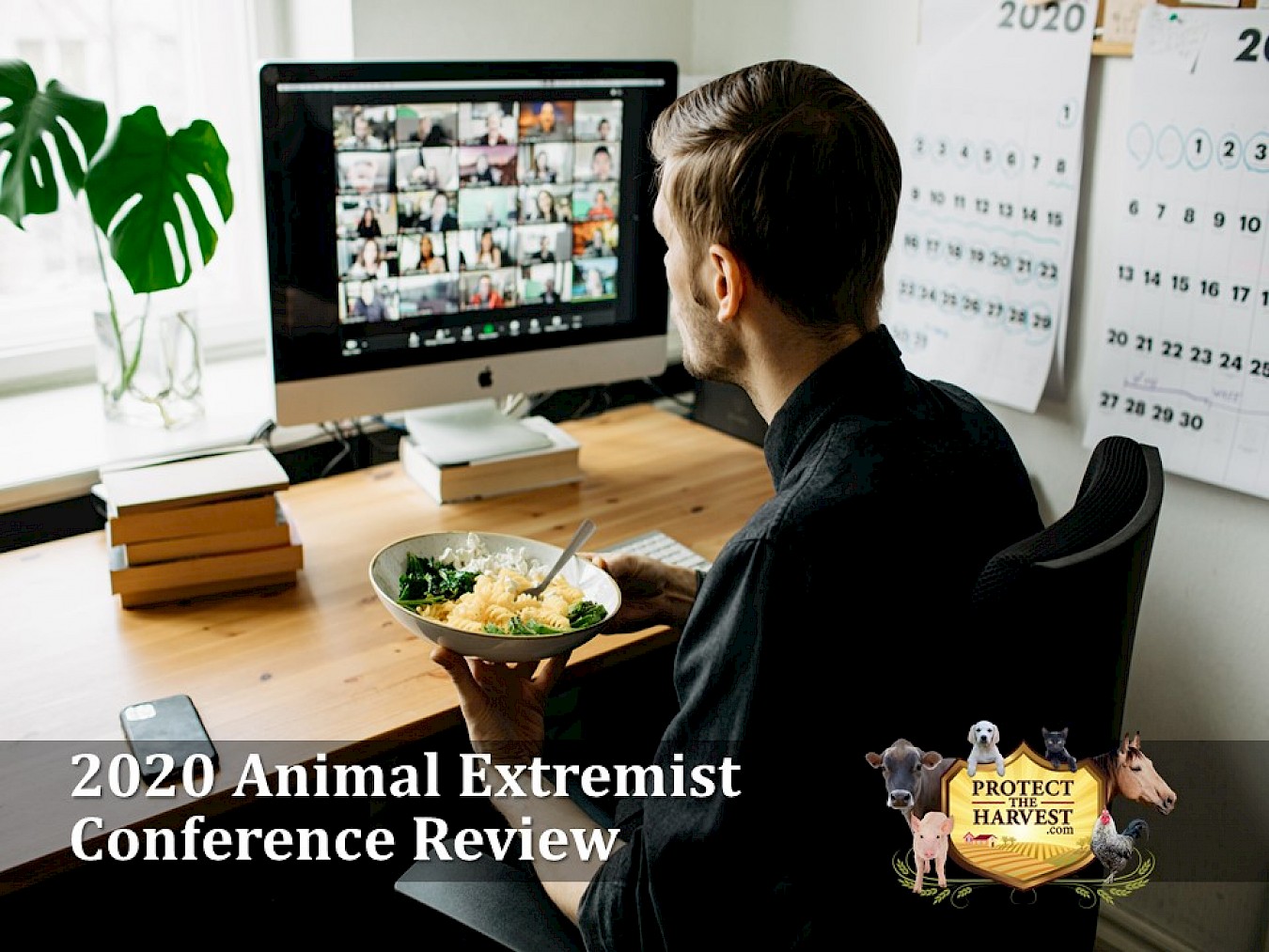 Thank you to our friends at the Animal Agriculture Alliance for sharing their findings on this year’s Taking Action for Animals (TAFA) Conference, held virtually September 19 and 20th. The event featured speakers from the Humane Society of the United States (HSUS), Humane Society International (HIS) and Humane Society Legislative Fund (HSLF). This cast of characters is well-known for having negative viewpoints towards animal agriculture and the consumption of meat and animal products.

This year’s conference stressed a need for action and highlighted the “victories” animal extremist groups believe they have accomplished in recent years. Those “victories” included the animal extremist viewpoint of how they “protect wildlife, farm, marine companion animals and more.” The speakers stressed the behind-the-scenes advocacy to change and propose “animal-friendly” legislation at different levels of government.

“HSUS intentionally works to position itself as an animal welfare organization, but their history of advocating for legislation and sourcing policies that hinder our ability to raise animals for food tells a different story,” said Hannah Thompson-Weeman, Vice President of Communications at the Animal Agriculture Alliance. “Remarks made by speakers at the recent conference clearly outline the true goals and objectives of this organization, which everyone in animal agriculture and the food industry needs to be aware of.”

As we have mentioned before, animal extremist groups have tried repeatedly to spread their anti-animal agriculture agenda by capitalizing on the pandemic, claiming livestock will be the cause of the next one. “Factory farms poison our environment. Factory farms also create serious risks to public health,” stated Adam Zipkin, counsel to U.S. Senator Cory Booker. Zipkin added, “Scientists are telling us, in no uncertain terms, that the next pandemic is at least as likely to start off at a factory farm here in the U.S. as it is at a live wildlife market in some other country.” Zipkin attributed this claim to the “rampant use of antibiotics in factory farms” and that these farms are “breeding grounds for viruses such as influenza that can easily jump from farm animals to people.”

Other speakers in later sessions asserted that the way to prevent future pandemic was to stop confinement of all animals and consume only a plant-based diet. Josh Balk, Vice President of Farm Animal Protection at HSUS, made the statement that “the number one risk has to do with the increased consumption of meat, eggs and dairy. Number two has to do with the intensification of farm animals, or in other words, the caging of farm animals in smaller and smaller enclosures.” In a later session, he also confirmed what we have known and share with our followers, “We’re (HSUS, HIS, HSLF) also passing laws to ban these practices in the state, making them criminal abuses that if they are done, it’s not just frowned upon, or ‘hey, this is a bad thing’---no, these will be criminal activities.”

We have written several articles debunking false assertions that large modern farming is responsible for pandemics. According to the animal extremist agenda, poultry needs to be free range, however the National Veterinary Institute in Sweden noted that when they switched the chickens from battery cages to litter-based systems, including free range, there was an increase in chicken mortality, most of which was caused by the bacteria E. coli. Of course, the extremists don’t stop with poultry. They blame large modern farms for everything. You can read more here: https://protecttheharvest.com/news/animal-extremist-groups-use-covid-19-to-attack-farming-and-ranching/

False Assertions that Animal Agriculture is the Cause of Global Warming

Not only was animal agriculture the cause of this and every future pandemic, another key theme of the conference was climate change and that animal agriculture was a MAJOR contributor to it. Kari Nienstedt, Senior Director of Council and Engagement at HSUS, said “Reputable scientific sources continue to warn us that eating more plant-based foods must happen quickly to ensure the livability of our planet.” Nienstedt also stated that in addition to promoting meat alternatives, HSUS and other animal extremist groups are “working with the largest food companies in the country to get them to mandate that their egg and meat suppliers eliminate cages.”

Unfortunately for HSUS, the facts they try to use to blame global warming on agriculture were actually proven false by University of California professors Dr. Frank Mitloehner, PhD and Ermias Kebreab, PhD, along with Michael Boccadoro, the executive director of Dairy Care. The real facts were listed in a white paper released on September 2, 2020, almost 3 weeks prior to the TAFA Conference. In the white paper, the authors explained that the concerns about global warming stress methane as the biggest pollutant. “We have been looking at methane incorrectly when it comes to reducing warming,” said Mitloehner. “While more potent than the most prevalent greenhouse gas, carbon dioxide, methane is a short-lived climate pollutant, staying in our atmosphere for about 12 years before it is broken down and removed. On the other hand, carbon dioxide remains in our atmosphere for centuries, with new emissions accumulating on top of those previously emitted making it (carbon dioxide) the main driver of climate change.”

Previously, the 2006 study “Livestock’s Long Shadow” which claimed meat production was responsible for 18% of greenhouse gas emissions was debunked by none other than Dr. Frank Mitloehner. The UN policy officer Pierre Gerber accepted the criticism of Dr. Mitloehner saying, “I must say honestly he has a point- we factored in everything for meat emissions, and we didn’t do the same thing with transport.”

HSUS Spells Out Its Continuous Theme

HSUS continued to hammer home their falsehoods that they are actually “animal friendly” and care about animal welfare. If they actually cared about animal welfare, they would be donating more than 1% of their annual income to help animals, instead of using their budget to promote their agenda. It is very concerning that they aspire to be the “Go To” people for legislators.

Most of the sessions had a continuous theme running through them of enacting “animal-friendly” policies. “Your goal is to become one of the go-to people in your legislator’s district, who he or she will reach out to when they have a question about animal protection,” said Carol Misseldine, Senior Director of Outreach and Engagement at HSUS.