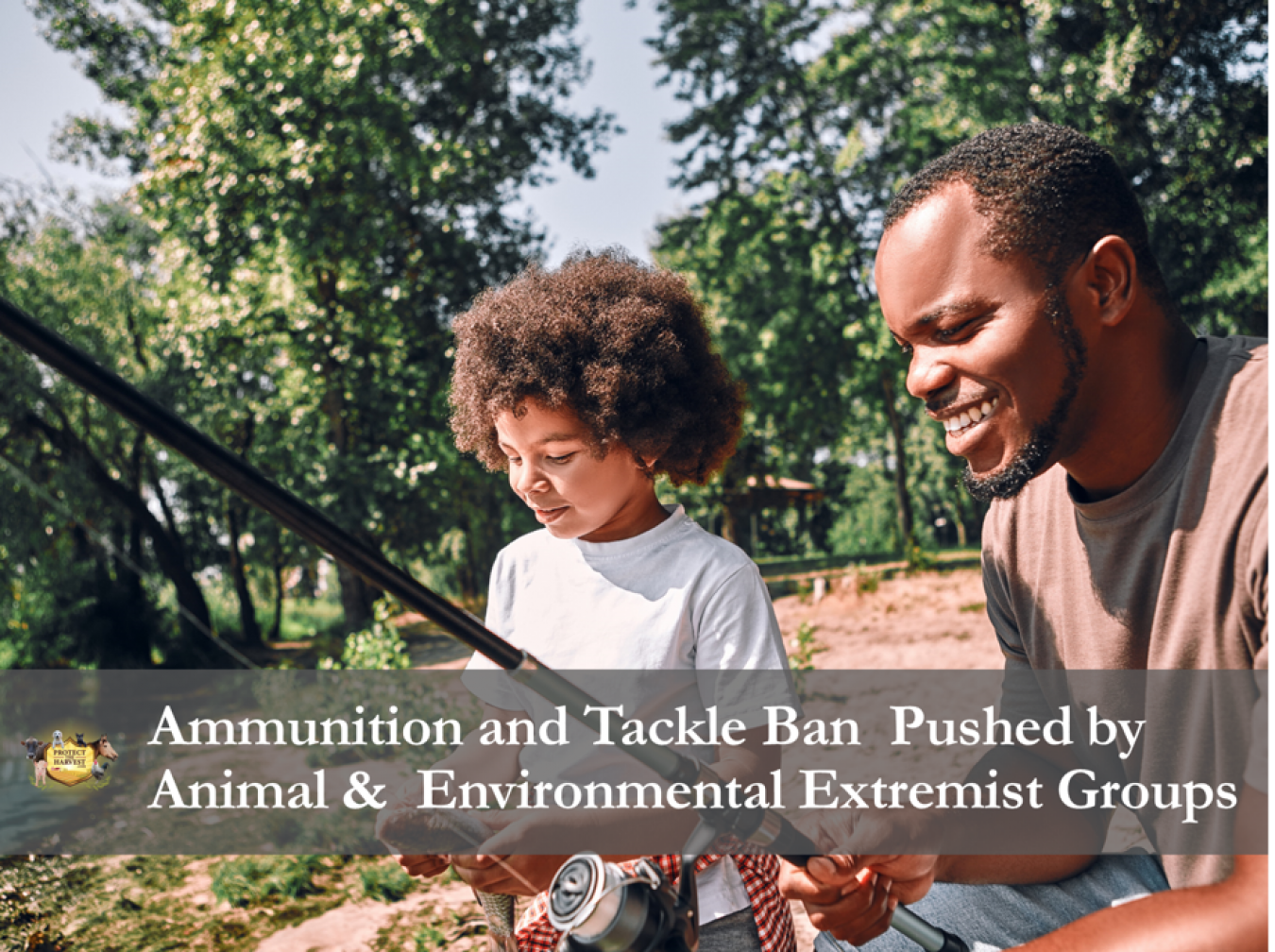 Under the guise of protecting the environment and sensitive species, the U.S. Fish and Wildlife Service (USFWS) has initiated a process that could lead to the complete ban of lead ammunition and fishing tackle on federally managed “public” lands. On June 8th, 2022, the USFWS filed a proposed rule in the Federal Register to ban the use of lead on any new hunting opportunities in National Wildlife Refuges across the country. The move toward the ban is mostly appeasement for the notorious environmental extremist group Center for Biological Diversity (CBD).

CBD filed a lawsuit in November 2021, following the 2020 expansion of hunting and fishing opportunities on 2.2 million acres of USFWS refuge land. Among other typically frivolous and baseless claims, the lawsuit alleges a risk to wildlife due to lead poisoning from spent ammunition. For example, a bullet that may remain in the intestinal waste matter from a harvested animal and such material is usually left behind by hunters to be consumed by scavengers.

No Evidence of Harm from Lead Ammunition in Meat Consumed

According to the Congressional Sportsmen’s Foundation, “To this date, there has been no documented evidence that sportsmen’s use of lead has had significant deleterious impacts on wildlife at the population level in the United States, despite the ongoing use of lead ammunition and fishing tackle since Europeans arrived in North America.”

In fact, in 2008 the United States Center for Disease Control and Prevention (CDC) conducted a study of hunters and other people who consume game meat to determine if they had an elevated level of lead in their blood, which could theoretically be because of the ammunition used to harvest the game. None of those tested had dangerous levels of lead in their blood, and levels were far below what is even considered to be elevated.

As we have conveyed numerous times before, a core tactic of extremist groups like CBD is to attack incrementally and attempt to destroy their targets bit by bit, working to shape policy in ways that help advance their agendas and set precedents.
Todd Adkins, Vice President of Government Affairs for the Sportsmen’s Alliance, stated:
“The proposed lead ban on refuges kicks open the barn door to banning lead ammunition and tackle on all federal land, including National Forests, Bureau of Land Management Lands, National Preserves, and other areas. It provides a legal basis for radical animal rights and environmental groups to sue the federal government to force additional lead bans. In effect, President Biden is handing extremists a howitzer to fire at the Federal Government until the use of lead in ammunition and tackle for hunting and fishing is banned everywhere.”

Increased Costs Drive Sportsmen Away From Hunting and Fishing

Besides having no discernible benefit to general wildlife populations, a nationwide ban on lead ammunition and tackle on public lands would have a significant negative effect on many Americans, mainly due to the resulting increased expense of non-lead ammunition. Even before the current state of inflation in the United States, a study by Southwick Associates showed that a ban on lead ammunition would result in a 200 to 400% increase in the cost of ammunition.
A group of 27 US Senators penned a letter opposing the ban to the director of the USFWS, Martha Williams. In part, the letter states:
“Phasing-out lead ammo and tackle on wildlife refuges would disproportionately affect lower-income households and those that depend on hunting and fishing for their subsistence as lead alternatives are often more expensive. The impact of such a policy would be devastating to the sportsmen heritage in our states.”

The affordability of lead ammunition and tackle is not the only consideration. As yet, there isn’t any ammunition that performs as effectively, accurately, and predictably as lead. One survey of hunters showed that one in four would stop hunting outright, and over 30% would drastically reduce their activities if a complete ban on lead ammunition was enacted.

For animal and environmental extremists, that’s simply a fringe benefit and another step toward their ultimate goal.

The National Rifle Association (NRA) stated:
“Anti-hunting groups and gun control supporters want lead ammunition banned for hunting to raise the cost of ammunition and, as a result, to dissuade people from participating in hunting and acquiring firearms for that purpose. They attack hunting season by season, species by species, method by method, and they would continue doing so until all traditional ammunition and hunting were banned within the United States.”
Considering that there are an estimated 15.2 million hunting license holders and 29.2 fishing license holders in the United States, it’s easy to see how far-reaching the effects of the proposed ban would be.

Adkins said:
“The most stunning and even insulting thing about this proposal is that it has been done with no consultation with the very people, hunters, anglers, and trappers, who pay the lion’s share of conservation funding in the United States. Without these people there wouldn’t be recovered wildlife populations and abundant public land for all Americans to enjoy. This decision is beyond offensive to our greatest conservationists, American sportsmen and women.”

Hunting and Fishing are Part of the Fabric of Our Country

Hunting and fishing are integral parts of mankind’s history and our American heritage and are key to true, holistic conservation. Hunting and fishing work to foster respect and appreciation for wildlife and wild places and generate millions of dollars for conservation and the general economy. In fact, in some states, as much as $1 billion is generated annually by hunting and fishing.
For many people, however, these sports are even more than revered recreational pastimes; they are practical ways to put nutritious food on the table. Today, during a period of record-high inflation and sky-high grocery prices, this is more important than ever.

Appallingly, in lockstep with the radical environmentalist agenda, the Biden administration is ramping up its assault on American traditions and even worse, attacking yet another fundamental way for people to help feed their families.

The value and importance of hunting HERE and HERE