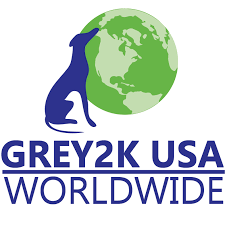 Grey2K is an animal extremist group that claims it is a charity. However, there is no listing for the organization on Charity Navigator because it is not a 501c3 and donations to Grey2K are not tax-deductible.

The organization was founded in 2001, by the husband & wife team of Carey Theil & Christine Dorchak. This husband and wife team has remained the organization’s Executive Director and President ever since. However, other board members have come and gone over time.

From 2009 to 2014 Grey2K raised over $2,000,000 from donations and grants. They receive support from animal extremist groups in various ways. The ASPCA granted $25,000 to the organization. Despite their donation page that reads, “Give Now to Save Greyhounds” during that 5-year period only 1.4% of donor funds actually went to Greyhound adoption efforts.

Other financial information obtained directly from the Grey2K website:

It is well known that animal extremist groups deliberately misinform the public. Grey2K is no different. They misled Florida voters about changes to their Constitution when they campaigned to ban Greyhound racing in that state. In regard to the campaign, the list of misinformation and slander of the Greyhound racing industry is long. Therefore, it came as no surprise to also discover that Grey2K is connected to a federal arrest for extortion.

To read about the extortion case: http://www.timesleaderonline.com/news/local-news/2011/09/maloney-grey2k-linked-to-fed-arrest/

The strategy of many animal extremist groups and especially the HSUS and their affiliates like Grey2K is to attack smaller, and therefore more vulnerable animal enterprise sectors. This has been played out over and over. Some examples are pushing legislation, regulations, and ordinances that harm circuses and traveling animal exhibitions, exotic animal owners, and Greyhound racing. In Massachusetts, the HSUS cleverly conducted a poll to discern vulnerability and then marketed and passed legislation against egg production (Question 3) in a state that has only one egg producer.

When researching current board members (December 2018) connections to animal extremist groups are evident. However, one board member’s true reason for involvement doesn’t seem to have anything to do with animals. He is a Reverend who councils against gambling. Documentation can be found where he visited Hawaii to discourage the opening of casinos. This is quite ironic since the change in the Florida State Constitution that Grey2K pushed through in November of 2018 will allow for more casinos to open now that the dog tracks in Florida will be closing.

Christine Dorchak’s background in animal extremism goes back to her employment with the New England Anti-Vivisection Society, a group that seeks to end research with animals. She also has had a number of speaking engagements at animal extremist conferences, for example, HSUS’s Taking Action for Animals Conference, and the Foundations of a Movement: An Animal Rights Conference. It is interesting to note that a Greyhound racing website found she was a keynote speaker for the radical animal extremist organization Animal Liberation Front (ALF) and on their Hall of Fame list but it is now no longer visible on the ALF website. She has also been photographed at a PETA protest.
Her Facebook profile has a “friends list” heavy with staffers from animal extremist organizations. Additionally, the list of animal extremist and vegan organizations she supports via her profile is quite lengthy.

For more detailed information about Grey2K: