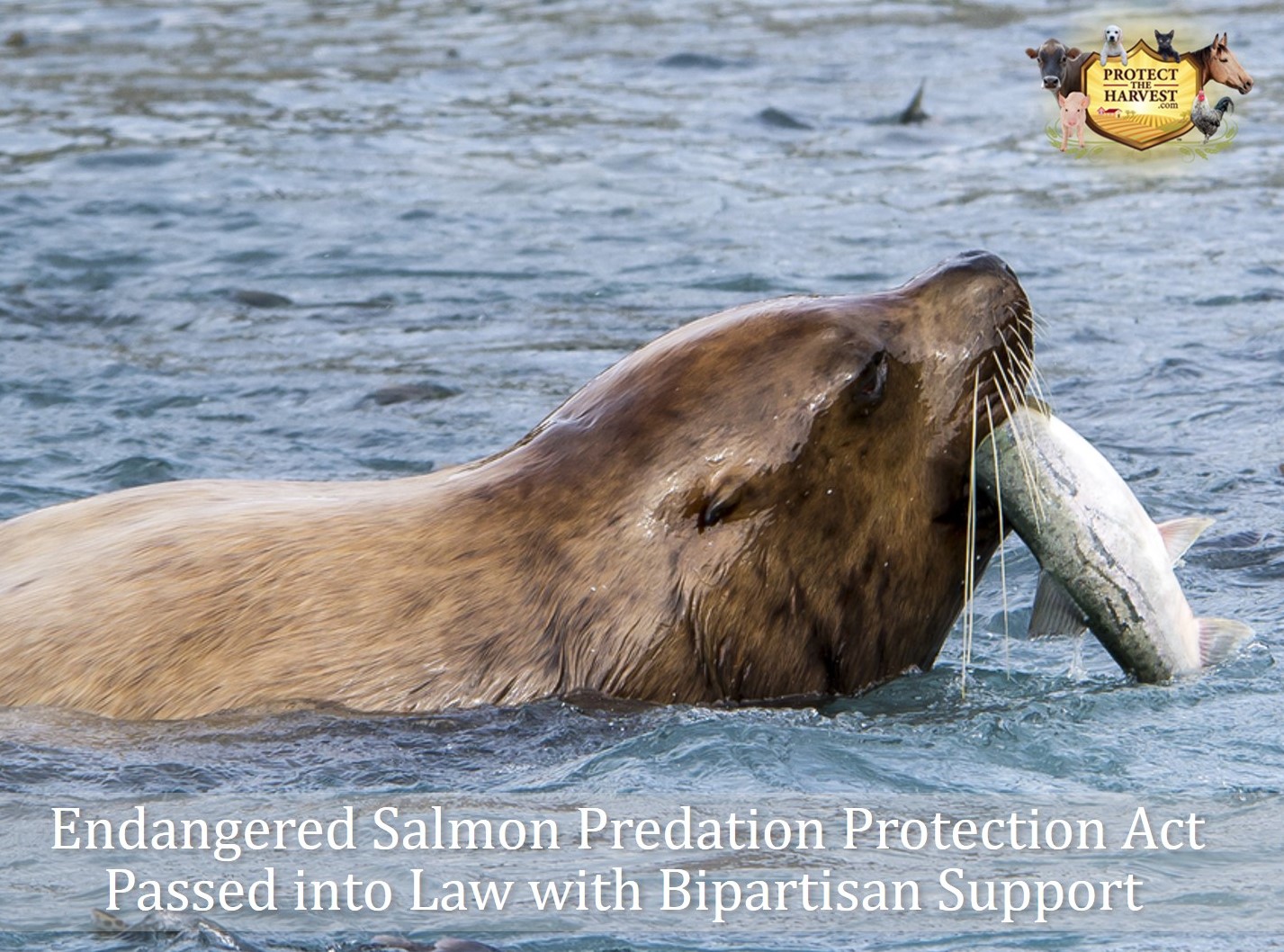 Over the past decade, biologists from the Department of Fish and Wildlife in Oregon and Washington have studied the effect of sea lion predation on salmon, steelhead, and sturgeon populations. Sea lions have learned to swim up the Columbia River to hunt salmon going through the Bonneville Dam, where they are most vulnerable. Due to this, wildlife biologists recommended culling a small number of sea lions who have been marked and repeatedly seen gorging on fish at the Bonneville Dam. However, this proposal needed congressional approval due to the sea lion’s protection by the Marine Mammal Protection Act of 1972.

On December 18, 2018, the Endangered Salmon Predation Protection Act passed with bipartisan support. This law will likely have positive long term effects on the populations of salmon, steelhead, and sturgeon. Fish and wildlife scientists predicted that there is an extremely high likelihood that if the sea lion’s numbers continued to go unchecked, at least one of the steelhead’s runs will go extinct. Beyond that, dwindling salmon populations have also led to serious concern about Orca populations. Orcas are a threatened species that rely on salmon as a major food source. By protecting the endangered salmon populations, they are also protecting local orca populations.

For these reasons, Protect The Harvest has been a steadfast supporter of this legislation since its beginning. We have done our part to educate the public of this issue, and its implications, by sharing multiple articles throughout the year on our social media platforms and on our website. We also created brochures to share at relevant outdoor conventions and sportsman’s expos. We are so pleased to see that those efforts have helped push this bill through.

For more information about this issue you can read the articles we have previously published about it: