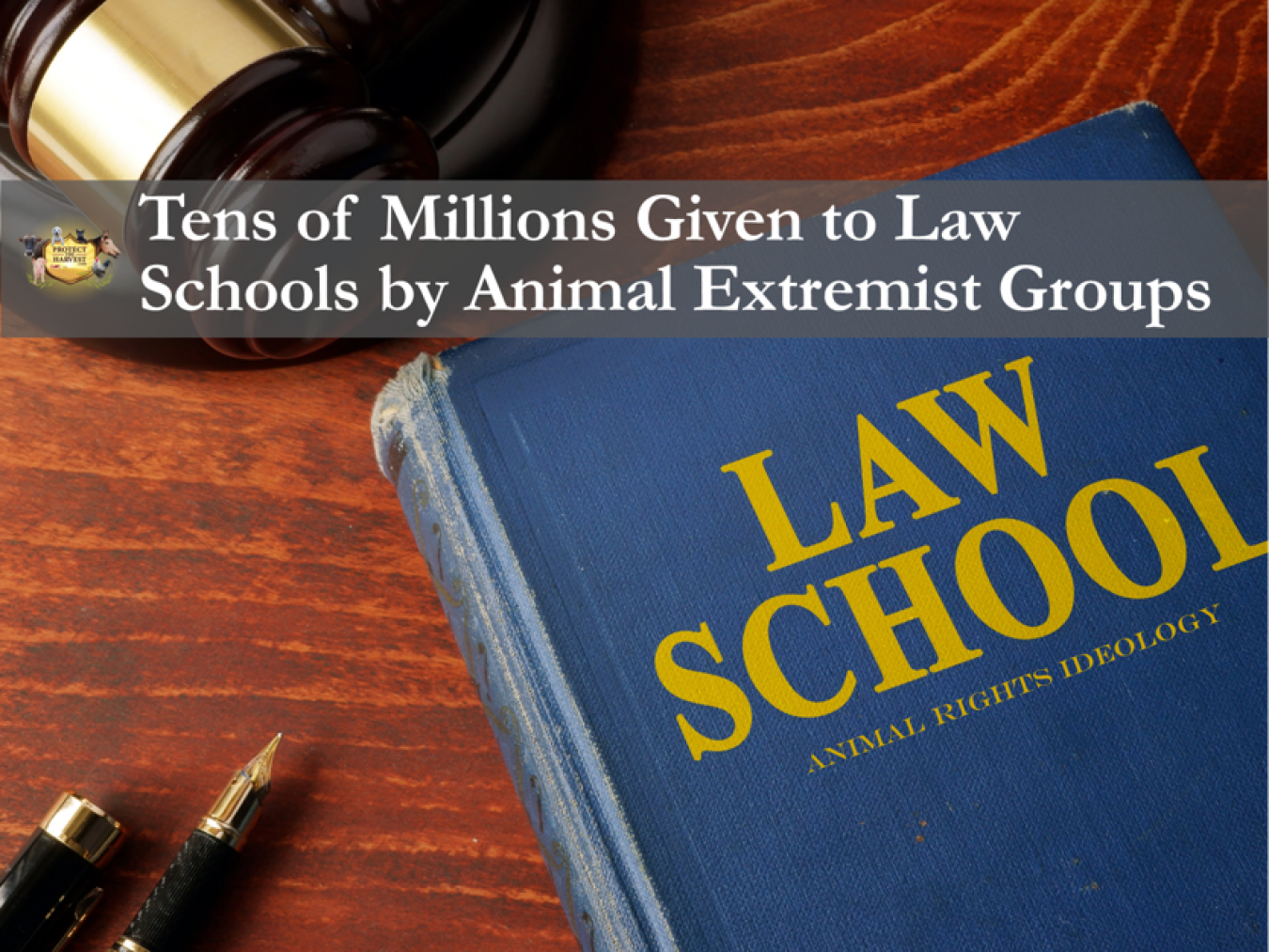 Since its origins in the early 1970s, the field of animal law has metastasized into a widespread and very well-funded litigious machine. 167 law schools in the United States and Canada have offered at least one course in animal law, and an increasing number of schools have entire animal law programs. More are being funded and developed all the time, with the radical animal extremist group, Animal Legal Defense Fund (ALDF) behind most of them.

ALDF has been at the forefront of the animal extremist law movement since its founding in 1979. The first animal law school ALDF helped create was the Center for Animal Law Studies, which was formed in 2008, by a collaboration between the Animal Legal Defense Fund (ALDF) and Lewis & Clark Law School in Portland, Oregon. Currently, the ALDF website boasts that its efforts are supported by “thousands of dedicated attorneys and more than 300,000 members and supporters.” Further, “Animal Legal Defense Fund has student chapters in more than 200 law schools, and more than 450 law firms have signed up to donate more than $4 million in legal work to support its mission annually.”

These numbers are extremely alarming considering the level of precedent-setting influence that can be involved. For example, Stephen Wise, the lawyer pushing for habeas corpus for Happy the Elephant, has been closely affiliated with ALDF and Lewis & Clark Law School. This case has made it to the New York Court of Appeals. If the judge rules in favor of habeas corpus for Happy, the elephant will essentially be granted “personhood.” A ruling in favor of radical animal liberationist ideology would set a dangerous precedent impacting animal owners across the country. Equating animals to people is the most basic tenet of the animal extremist movement. Several cases cited on the ALDF website demonstrate that the cause is slowly but surely weaseling its way into the US legal system.

In US District Court, ALDF was allowed to act on behalf of animal “plaintiffs,” specifically, around 100 descendants of Pablo Escobar’s escaped personal zoo hippos. As bizarre as this sounds, it was allowed since animals in Columbia have standing to take legal action, and because US statute allows “interested persons” to apply to become involved in foreign litigations. ALDF filed an application on behalf of the hippos. The non-native hippos live on the Magdalena River in Columbia and have a substantial negative impact on the environment. As such, the Columbian government was going to reduce the population.
Although it seems like a stretch, the fact that ALDF was allowed to act on behalf of “interested persons” that were animals is alarming.

Just within the past year, Harvard Law School announced a $10 million endowment had been established for its Animal Law & Policy Program, and the Animal Legal Defense Fund gave George Washington University $10 million to start an animal law program. It is unclear where ALDF gets such immense funding, but the ever-increasing threat to human use and enjoyment of animals is crystal clear.

Prev Article
Livestock and Manure - The Keys to Food Security
Next Article
Demand USA Produce! The Challenge of Cheap Labor vs. American Farms