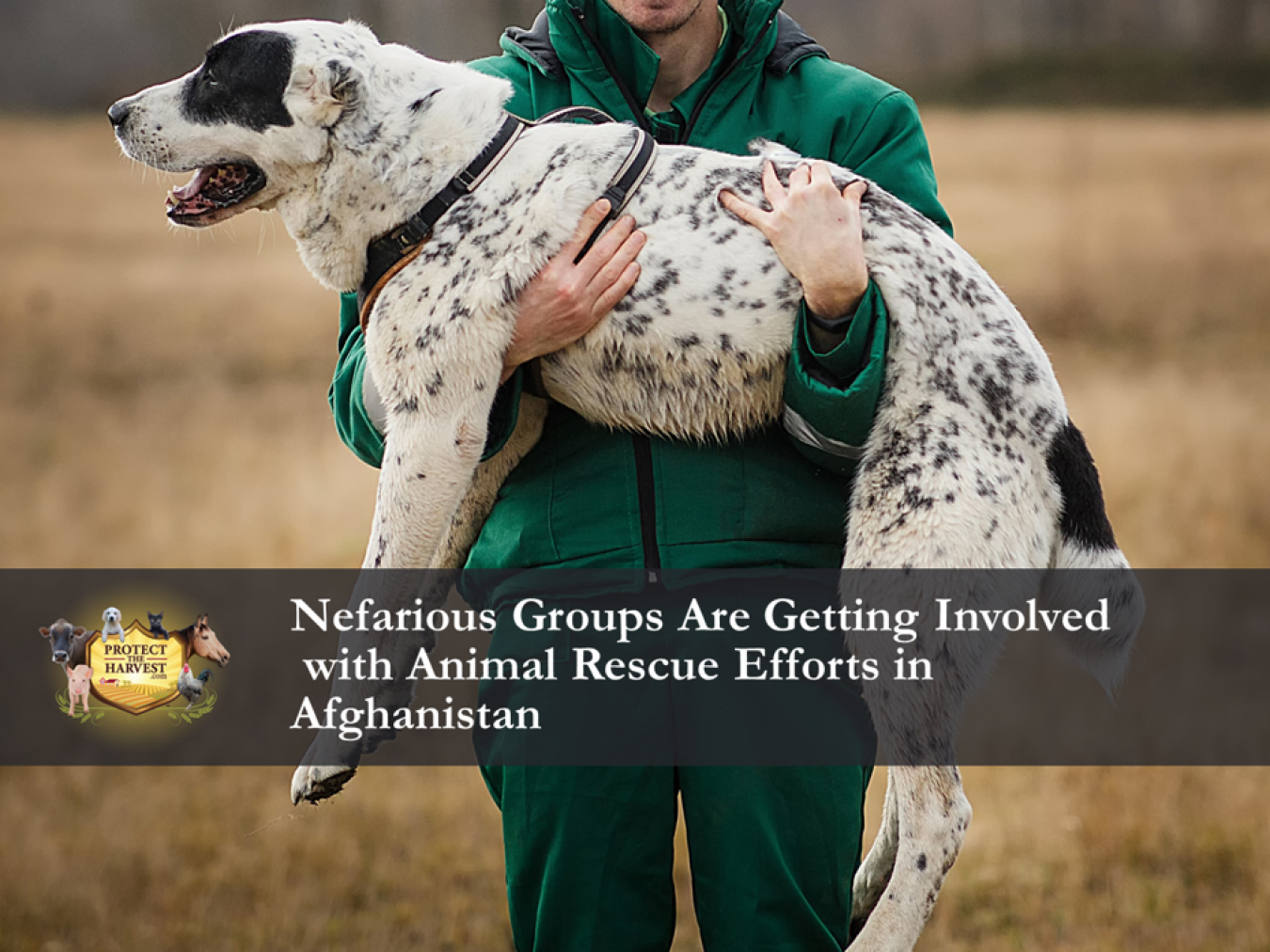 NEFARIOUS GROUPS ARE GETTING INVOLVED WITH AFGHANISTAN ANIMAL RESCUE EFFORTS

Research Before You Donate

This week a controversial story broke about the dog and cat evacuation from Afghanistan by an organization called Nowzad, which works with Kabul Small Animal Rescue. Then, a viral photograph of dog crates in Afghanistan set off a social media storm which prompted the Department of Defense (DOD) to issue a statement about the evacuation of military dogs. The DOD stated clearly that no US Military Dogs were left behind. Additional social posts were circulated that there are still dogs remaining in Afghanistan that belonged to contractors who worked for the military. There is also a related story that fundraising is ongoing to evacuate Kabul Small Animal Rescue staff members as well as additional animals.
These events have opened the door for less than upstanding animal organizations to attempt to cash in by collecting donations for Afghanistan animals. 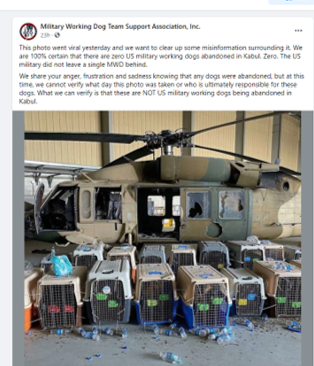 Animal Wellness Action and SPCA International Are Partnered and Involved

We have learned via posts on SPCA International’s own website that they have partnered with Kabul Small Animal Rescue and Animal Wellness Action (affiliated with Animal Wellness Foundation and Center for a Humane Economy), and Puppy Rescue Mission to raise funds to evacuate more animals. We want to make sure people are informed about these organizations so they understand where their donation dollars may end up.

Charity Watch issued a “F” rating for SPCA International and for good reason. They have staff members who are affiliated with other animal extremist groups like the ASPCA. Some of their staff members have previous employment connections to fundraising and marketing businesses that charge exorbitant fees to fundraise for non-profits. According to a post on Charity Watch, in previous years, SPCA International has run itself into considerable debt, owing fundraising companies huge fees into the millions. The article also mentions employees who had connections to other animal groups which were ordered to refund $4,000,000 in donations collected after Hurricane Katrina.
A review of SPCA International’s 2020 IRS Form 990, shows the organization took in over $25,000,000 in funds last year and it spent over $7,000,000 on fundraising. That is 28% of their budget spent on trying to raise money.

If SPCA International is bringing in $25,000,000 per year then why does it need to fundraise to help Kabul Animal Rescue?

Animal Wellness Action (AWA) was founded by disgraced ex Humane Society of the United States (HSUS) CEO, Wayne Pacelle. HSUS has a long history of duping good-hearted people into giving them donations to care for shelter animals when the organization does not own or operate any shelters. They are also well known for taking advantage of crises to fill their coffers, meanwhile doing very little to help the animals in need. As the CEO of the HSUS, Pacelle was called before the Federal Government’s Environment and Public Works Subcommittee. He was grilled and castigated by Senator Inhofe for taking millions in donations from Oklahomans after the Moore Tornado and spending little to nothing in the state to help Oklahoma animals. There is a lot more to say about Pacelle and his lack of integrity, including nineteen sexual harassment claims made against him by HSUS staff members. What’s most important to consider is that he conducted himself and the organizations he ran in this way for thirty years. Leopards don’t change their spots and neither do animal extremists. His involvement with Afghanistan rescue groups via his new organization, AWA, should raise eyebrows and make donors take pause.

Animal extremist groups love a good crisis. It is a fundraising opportunity for them, so much so that they compete with each other when a crisis arises.
Over the years we have exposed the activities of various animal extremist groups and their unscrupulous fundraising tactics. We are not alone in this effort. Our friends at HumaneWatch, Animal Activist Watch, and Center for Consumer Freedom have also been working to expose the activities of these groups for years. Additionally, it was no surprise to learn that an affiliate of SPCA International had worked for an organization that was ordered to refund donations over Hurricane Katrina.
The practice of taking advantage of a crisis is an old and well-versed practice of animal extremist groups. The following list includes links to information about their tactics and spending:

Research Before You Donate

We encourage everyone to research any organization (local or national) before you donate and to consider how your donation dollars may be used. We recommend utilizing charity investigation websites like Charity Navigator, Charity Watch, and GuideStar. We also highly recommend reviewing the IRS Form 990’s of these groups and looking into their attachments to see where money is truly going. The IRS Form 990’s can be found on many charity investigation websites as well as the IRS Federal website.

If you want your donations to help animals directly in your community, consider supporting local groups first. To fully ensure your money is helping animals directly, you can always donate goods like pet food, hay, paper towels, cleaning supplies, etc.

While we have been waving warning flags about animal extremist organizations, we want to make it very clear that we do encourage and support donating to organizations which are actually helping animals.